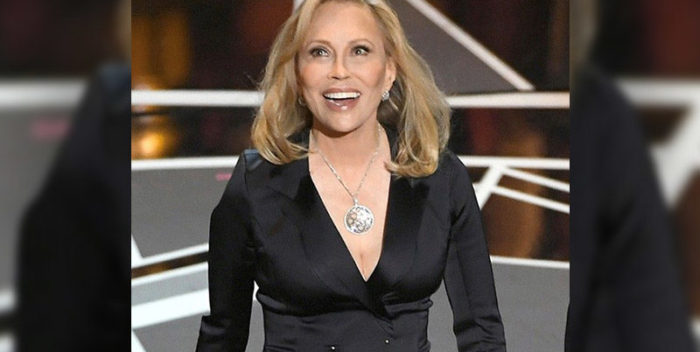 Faye Dunaway has tried to return to Broadway ever since her last stint in 1982. She tried and tried to mount a production of “Master Class,” and wanted to make the movie version. But it never worked out. Instead she led a successful national tour, and played Los Angeles. But never New York.

Now Faye, Oscar winner for the movie, “Network,” now on Broadway as a play, will get her chance.

Dunaway will star this summer in a production of Matthew Lombardo’s “Tea at Five,” a one woman show about Katharine Hepburn. If it goes well. Faye will bring it to Broadway in the fall, the time when movie stars try out Broadway shows far from the pressure of the Tony Awards.

Faye has been in four Broadway shows. She debuted as a replacement in the 1961 all -star production of “A Man for All Seasons.”But none of her other shows ran for more than few weeks or months. Instead, Dunaway found her success in movies like “Bonnie and Clyde,” “Three Days of the Condor,” “Chinatown,” and “Little Big Man.”

For “Tea at Five,” Dunaway has one of the great directors, John Tillinger. At age 77, she may have the elusive theater success she’s always wanted. We’re rooting for her!