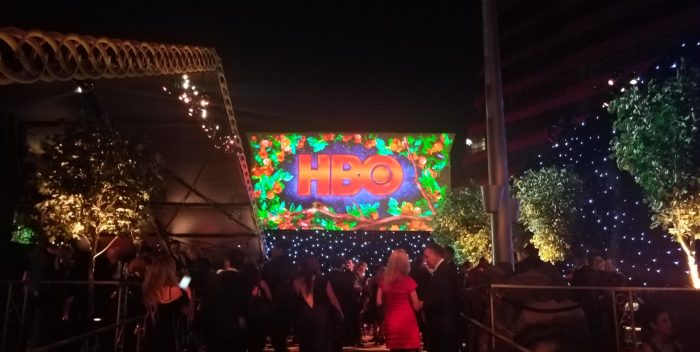 Reports tonight that HBO chief Richard Plepler, who’s been there since they had set top boxes, is leaving the cable company. His replacement may be Bob Greenblatt, head of NBC.

There’s no word on ‘why’ yet but HBO as part of Time Warner was sold to AT&T. Immediately after that happened there was tension between Plepler and John Stankey from AT&T. HBO has never had to play in the cold corporate world. Hence, it’s been all quality.

EXCLUSIVE On Saturday night, I ran into Plepler, known for his deep tan and sense of humor, dining with none other than Ronald O. Perelman, of Revlon fame. Now we know what they were probably discussing. The venue, of course, was Craig’s in West Hollywood. This is where everything happens lately. Plus the food is good.

Plepler will leave HBO with millions and a great reputation. He can write his own ticket. Greenblatt, if that story is true, is a worthy successor who has great taste and loves quality programming. He’s had to deal with NBC, Universal, and Comcast.

But Plepler’s departure is a melancholy one. He worked under Michael Fuchs and Jeff Bewkes, he probably knows screenplay lines from “Arliss” and “Dream On.” Here’s his note to the staff:

My dad always gave the best advice. Whenever there was a difficult decision to make, he counseled that since no one could ever have perfect visibility into the future, the best thing you could do was trust your instincts. It has been a touchstone for me throughout my life, and I have found myself returning to it again recently as I think about what is an inflection point in the life of this wonderful company.

Hard as it is to think about leaving the company I love, and the people I love in it, it is the right time for me to do so.In the past weeks, I’ve thought a lot about the incredible journey of this company in the nearly 28 years that I have been blessed to be here. It’s a journey of great pride and accomplishment because so many of you, and many others before us, have made HBO a cultural and business phenomenon.

Thanks to all of you, we are today churning on all cylinders both creatively and as a business. Thanks to all of you, I can move on to the next chapter of my life knowing that the best team in the industry remains here to carry on our continued progress and success. As I have said before, this is the team of teams.It has been the great joy of my professional life to share this ride with you over these many years. And the great honor of my professional life to be your CEO.

I don’t have the words to express my gratitude for the support and talent that made our success together possible. But suffice it to say, my love for this place, and for all of you, is deeply a part of me and will last a lifetime. I look forward over the coming weeks to thanking as many of you as I can for the thousands of contributions big and small that have made “this thing of ours,” to quote Tony Soprano, so special. I have told John, who has been nothing but gracious since we spoke, that I would work closely with him to assure a seamless and organic transition.

We’ve created a great and unique enterprise and I know that you will protect its legacy and do all to enhance its future in the years to come.Know that I will always be cheering loudly, even when I am outside this building, as HBO continues to thrive.

With respect, admiration, and gratitude,