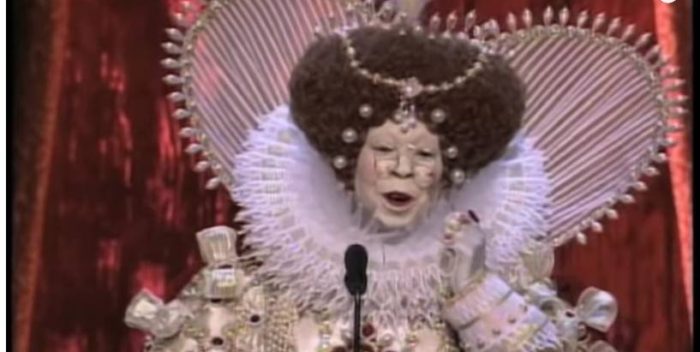 Is Whoopi Goldberg the secret host of this Sunday’s Academy Awards? Probably not– but let’s wager some guesses.

A rumor is circulating on the web that Whoopi– who’s a previous host– is going to surprise all of us.

The offered proof: that’s she off “The View” this week– for “illness”– and that, of course, she’s already an ABC employee. She’s also an Oscar winner. She’s already listed as a presenter. What would she be presenting?

If the Academy has pulled this off, it would be a coup. Not that ‘no host’ is such a bad thing. But Whoopi is exactly what we need right now.

Back in December, she said she’d do it: