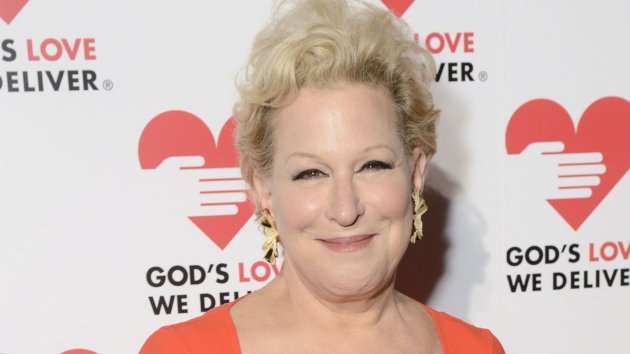 To be blunt: Emily Blunt wasn’t going to sing on next Sunday’s Academy Awards. She wasn’t nominated for either of her potential Oscar roles, especially as Mary Poppins. So it wouldn’t have been nice to ask her to sing “The Place Where Lost Things Go.”

So Bette Midler has announced she will be singing the Oscar nominated song. Come on, this is great news. We now have Lady Gaga with Bradley Cooper, Jennifer Hudson, Bette Midler, and Kendrick Lamar performing on the show. Getting Bette is a coup because she’s been tied up performing “Hello, Dolly!” for nine million dollars a ticket for the last two years.

Irregardless, as Mariah Carey would say, hearing Bette on the Oscars will be magical. She’s back where she belongs!

So, (drum roll) Ladies and Gentlemen, I will be chanteusing (that's singing) on the Oscars on Feb 24…the nominated song from "Mary Poppins"…"The Place Where Lost Things Go" …so excited!!

The last time Bette sang on the Academy Awards was during the In Memoriam section in 2014: 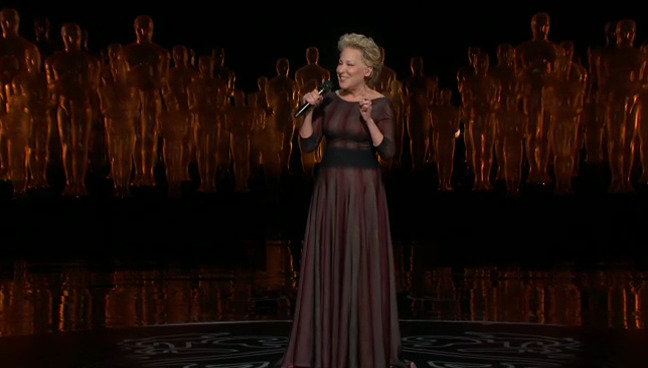