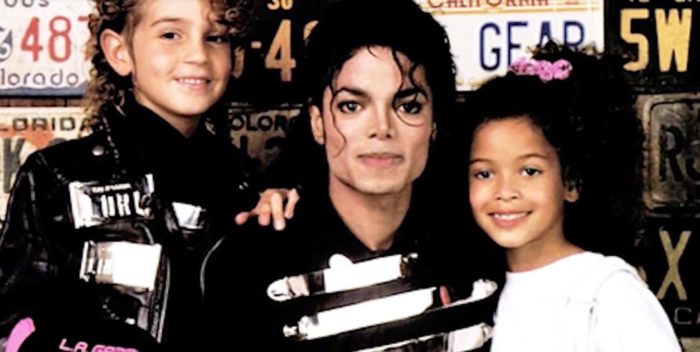 Brandi Jackson is one of two children whose father is Jackie Jackson, a member of the Jackson 5 and Michael’s brother.

On Twitter today Brandi revealed that she once had a seven year relationship with Wade Robson, who now accuses Michael of molesting him during his childhood.

She wrote: “Wade: You constantly talked about wanting to be “relevant”. You’ve burned so many bridges that now the only time you are #relevant is when you headline with my family’s name next to yours. It’s time to stop these lies and live your own life.

“I found out Wade cheated on me with multiple woman who he hoped would advance his career. You might know one of them, because it was a huge pop music scandal. Wade is not a victim, he’s an #Opportunist,” she wrote.

Brandi continued: “Wade and I were together for over 7 years, but I bet that isn’t in his “documentary” because it would ruin his timeline. And did I mention, it was my uncle, #MichaelJackson, who set us up? Wade is not a victim, #WadeRobsonIsaLiar”

Brandi finished with: “I pray he comes at me for these #truths cause I will happily put him in his place.”

She also posted a picture of her and Wade with Michael when they were children.

The impetus for this is the airing on March 3rd and 4th of “Leaving Neverland,” in which Robson makes his claims. I don’t know how to reach Brandi. But she can email me at showbiz411@gmail.com. We’d love to hear the whole story.