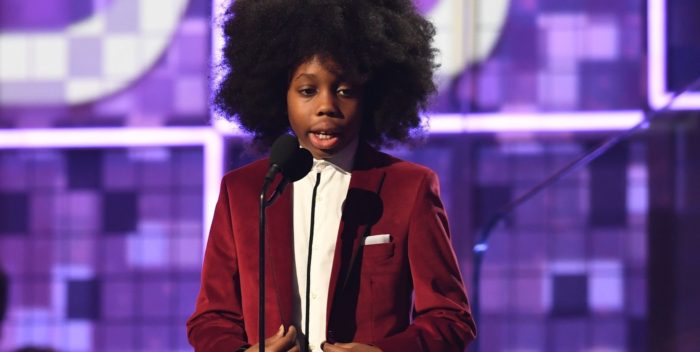 That little boy who introduced Diana Ross on the Grammys last night was her grandson, Raif Kendrick. At 9 years old he already has the poise to host the whole show! Raif has the genes. His grandfather is Berry Gordy, founder of Motown. He already looks like a combo of Ross and Gordy. Raif’s mom is Diana’s singer daughter, Rhonda Ross Kendrick, was also raised by Diana’s then husband, former music manager Robert Ellis Silberstein. The whole gang has turned into a big, blended family over the years. Diana and Bob’s daughter, Tracee Ellis Ross, is a big star (“Blackish,” among other things. They were all sitting together last night. Diana has a public reputation as a diva, but in private she’s a hell of a mom. No one believes she’s 75, she looks like a kid!

It's official: @DianaRoss' grandson has the cutest #GRAMMYs performance introduction of the night. 🙌 pic.twitter.com/tITfJMnKOc