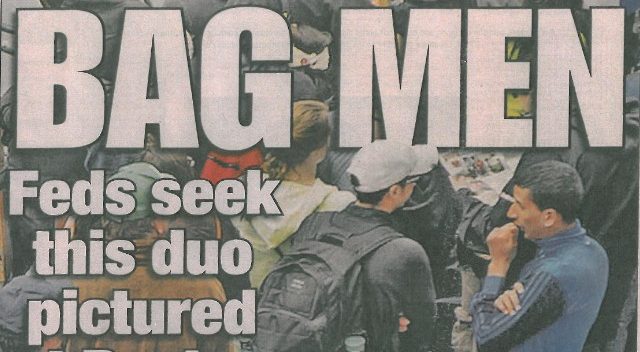 There’s not much left to gossip about in New York media circles these days. Mort Zuckerman is gone, the Daily News is barely in business. The Village Voice is gone. The New York Observer is just online and just The Observer.

Over at the New York Post, publisher Jesse Angelo was pushed out in the last ten days. Now there’s a new rumor: Rupert Murdoch is bringing back Col Allan as editor in chief. Or something.

Allan knew how to sell newspapers and how to get watercooler buzz going after taking over in 2001. But Allan also got in some hot water in 2013 after the Boston Marathon bombing. A Front page story identified two men as the bombers– and they weren’t. They sued, of course. The headline was “BAG MEN: Feds seek these two pictured at Boston Marathon.”

Allan left in 2016 after a long run, and returned to Australia. He had a wild ride at the Post, and was in a frequent state of celebration at Elaine’s until the restaurant closed following the famed proprietor’s death. Another of his hotspots, Langan’s, is also gone.

The spectre of his return was raised by Joe Pompeo in Vanityfair.com over a week ago. But in that time the buzz has grown louder.

Allan is a big time Trump supporter, and would carry out Rupert Murdoch’s wishes to support the failing president. Right now, the Post has gotten a bit wishy washy in its Trump support, openly criticizing him– and seeming very rational in doing so. An Allan return would move the ship to the right again. It would also be a jolt in what has become a sleepy media town. He’ll have to pop his corks now at Pain Quotidien, or Sephora.