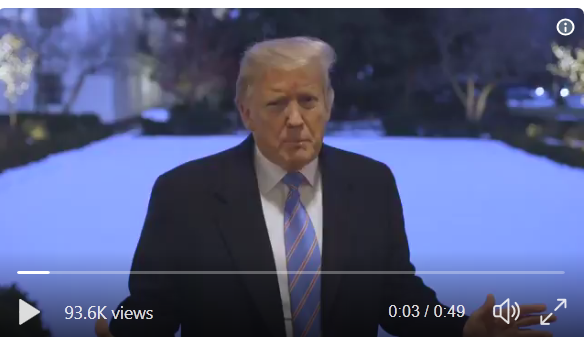 It seems like Donald Trump has made and posted a video tonight, right now, from outside the White House. He says of his wall: “If we don’t do it, we’re a very, very sad and foolish lot.”

This comes right after Trump announced a 3pm speech addressing the Wall and the government shutdown. It doesn’t sound like he’s going to end the shutdown.

PS It literally looks like they went out in the backyard and shot this, and just put it up.