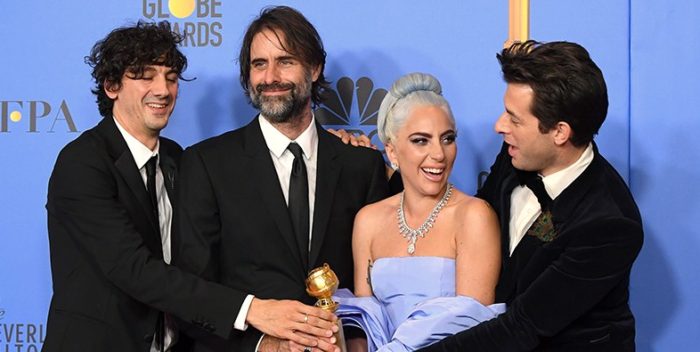 Andy Samberg and Sandra Oh were random choices for hosts of the Golden Globes. The result was equally pedestrian. IN the Beverly Hills Hilton ballroom, black tie dressed guests roamed around looking for food– the dinner is removed before the show starts– while the hosts unfurled a tragically humorless opening bit that made no sense. It was forgettable as it was spoken.

The ratings reflect the basic strangeness of the night. This year 15.71 million people watched the show on average. The first hour boasted 19 million coming off the football game, but by the time the show ended there were just 12 million. That’s a disaster.

It’s not like the movies were ones no one had seen. “A Star is Born” has made $200 million. “Bohemian Rhapsody” has too, and a total of $750 million worldwide. Lady Gaga is a huge draw, and was presented first in the show.

But then the Globes’ antipathy toward “A Star is Born” and Gaga became apparent, and the ratings dropped commensurately. So did the interest in the room. Plus, after all the hoopla about “Black Panther” being nominated, the movie was forgotten on the show. So those fans tuned out, too.

And what was the point of view? The word “Trump” was never mentioned once. Two years ago, the Globes were on fire with political messages. Meryl Streep delivered a fiery speech. This  year, no one said a word. The closest we got was Christian Bale comparing Dick Cheney to Satan. NBC clearly asked the HFPA to tone it down this year rather than lose the big football audience that flooded into the first hour. But in the end, those people left anyway.