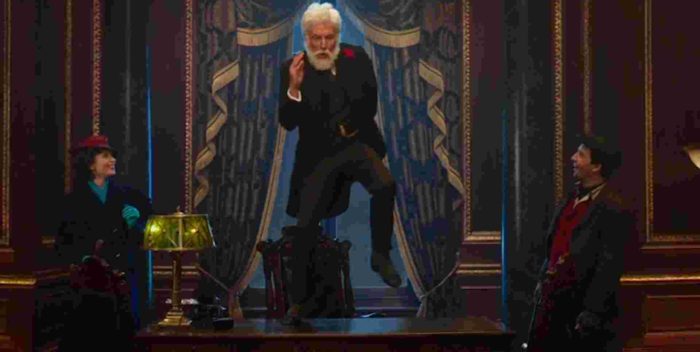 It’s not like Dick van Dyke is morose or anything. I finally met him last night at the Golden Globes when the show ended. He and his wife waited for the crowd to clear, and I was lucky enough to sit with him.

Did he really tap dance on that desk in “Mary Poppins Returns”? He sure did. “I loved it,” he said. DvD is 91, mind you, and this was the end of a long night. But just talking about that scene made him light up.

While we spoke, Carol Burnett came by and waved to him, said goodnight. On stage, Dick had joked that he looked around the room and at least recognized his old friend.

He told me: “Most of my friends are dead you know. With the exception of Carl Reiner, Mel Brooks, Norman Lear…”

I asked him about Mary Tyler Moore. “You know, when you haven’t seen someone in a long time, and they’ve died, you forget it, and then it comes back to me. Every day I think about her.”

We talked about his late brother, Jerry van Dyke, star of “Coach” and lots of other shows including the cult hit “My Mother the Car.” Dick said, “Now he was funny.  He had an incredible sense of humor.”

van Dyke is still waiting for a Kennedy Center Honor. I’m not sure he cares that much at this point, but the clock is ticking. This would have been the perfect chance this year.