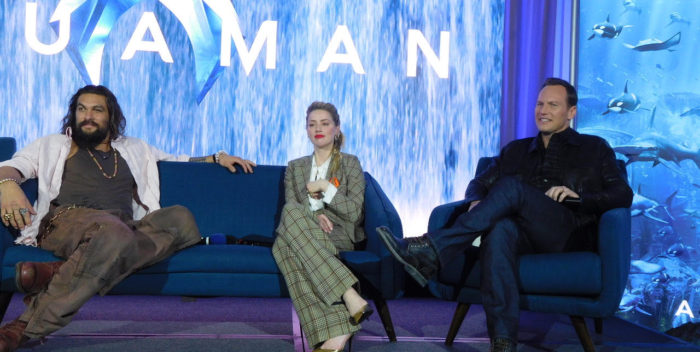 Let’s be the first to congratulate Warner Bros. for smart thinking. They released “Aquaman” in China and other countries well before its US debut and scored over $332 million at the box office. I mean, that was genius.

Now reality bites in the US where “Aquaman” is not only all wet but may be in danger of drowning. Friday night returns here were $32 million, which included $13.7 million from Thursday previews and earlier showings on Amazon Prime. That puts “Aquaman” below the top 5 openings for DC Universe releases.

It’s funny, too, because I almost wrote when they announced that December 15th Amazon Prime preview that WB knew they were in trouble. And now that turns out to be correct. But they’ve got that foreign release money, so they’re safe from real trouble. But “Aquaman” will do less well than “Man of Steel” and a lot less than “Wonder Woman.” Poor DC. Things were so much better when comic books cost just 12 cents.

More bad news “Mary Poppins Returns” did $6.7 mil on Friday night. Disney dropped its five day projection to $30 million from $35 million. They’re up to $15.5 million this morning. It’s not a jolly holiday for Mary, I am sorry to say.

The new Jennifer Lopez vehicle, “Second Act,” did $2.5 million last night. Will it make $7 mil for the weekend? That’s what JLO and ARod spend on snacks.