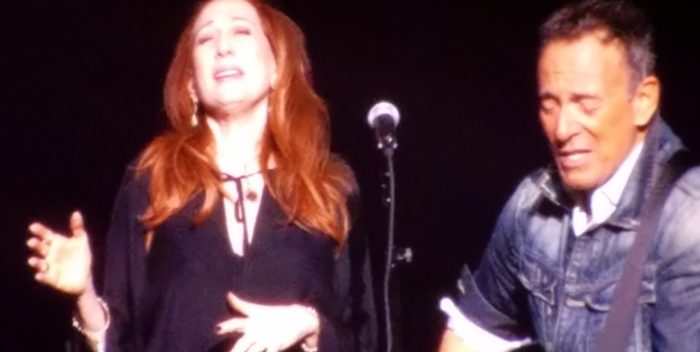 Bruce Springsteen made SO MUCH MONEY during his 15 month run on Broadway, he’s going to take 2019 off.

That may not be music to the ears of his fans, or even to the E Street Band and everyone who earns a living from Springsteen tours, but the Boss said it and he means it. According to a post last night, he wrote: “The year will be consumed by a break after our Broadway run.”

Springsteen — who will turn 70 in September 2019– may release a solo album in 2019, but not right away. First comes his Broadway album, due December 14th, and the Netflix version of the Broadway show, launching December 16th. A solo album — which would need promotion — sounds like something for spring 2019. But no tour, got that?

Most weeks during the Broadway run, Bruce averaged $2 million at the Broadway box office. He took a few weeks off, and alternated between 4 and 5 performances a week. Let’s say he grossed a ballpark $100 million. His costs were minimal– rental of the theater, advertising. It’s possible Bruce grossed $90 million in 15 months. Why go back on the road so fast?

PS Bruce has been living in Manhattan not far from the Walter Kerr Theater. When he goes home to New Jersey, it’s to the nice town of Colt’s Neck, where a murder scandal has been unfolding– a man allegedly killed his brother, sister-in-law, and their young kids. It would be safer if Bruce stayed in New York!

A statement from Bruce Springsteen… pic.twitter.com/bMqCPWmSaW