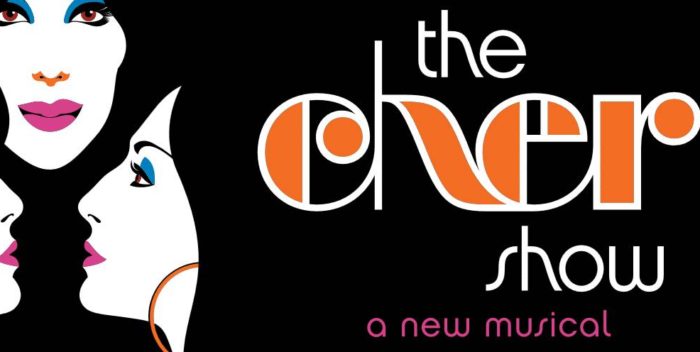 Opening night of “The Cher Show” on Broadway brought unusual guests: Kanye West and Kim Kardashian. They sat a couple of rows in front of me.

But actors in the show were not happy with the Wests. Turns out Kanye was using his phone all through the show. At intermission, the backstage was abuzz with complaints. Actor Jerrod Spector, who plays Sonny Bono, sent Kanye a message on Twitter:

“Hey @kanyewest so cool that you’re here at @TheCherShow! If you look up from your cell phone you’ll see we’re doing a show up here. It’s opening night. Kind of a big deal for us. Thanks so much.’

Kanye apologized in a Tweet for his “poor etiquette.” But that didn’t negate what he did.

I spoke to both Kanye and Kim in the theater during the intermission. Kim told me that Kanye actually sees a lot of Broadway shows, but that she hasn’t seen that many lately. Rosie O’Donnell spoke to them, too, and they were low key. Kim told me how much she admires Cher, and that their connection is because both their families are Armenian.

Also in the house: Christine Baranski, Tina Fey and her husband “Mean Girls” songwriter Jeff Richmond, married couple stars of “Pretty Woman” Andy Karl and Orfeh, Christine Ebersole (Rosie kept saying to me, “That’s Christine Ebersole!”— very cute), and Jen Colella, the amazing star of “Come from Away.” Orfeh (who I love and you must see rock out in “Pretty Woman”) said, “I’m so glad they did this on a Monday night so we could all see it.” Most of Broadway is off on Monday nights.

“The Cher” is a big, wet sloppy kiss to Cher, who is much admired. She was a self-starter who embraced ambition and has never let periodic downturns in her career destroy her. Stephanie J. Block is stunning as Cher, funny and full-throated. The two other actresses who play Cher at different stages of her life are equally engaging. Cher’s hits are well-represented, but they’re woven clumsily into a not very well-developed storyline. The second act is a mess. For some reason, the orchestra keeps playing the opening to Steely Dan’s “Rikki Don’t Lose That Number” all through “The Beat Goes On.” Beats me.

Few of the songs are staged imaginatively. The best is “Dark Lady,” the only one that comes alive. “Gypsies, Tramps, and Thieves” is a missed opportunity. There is an unfortunate passage about Sonny Bono being dead, glibly kicked to the curb after being built up as a big character. Act I at least has the Sonny story was an arc. Act II isn’t written at all.

The producers must have spent a lot of money making Lucille Ball a character (I hope Lucie Arnaz was paid well). They also had to license Allman Brothers songs for Gregg’s section. For some reason, Ringo Starr’s “It Don’t Come Easy” is played– I don’t know why. Many of the best Sonny & Cher songs are either mis-read– “All I Ever Need Is You”– or omitted completely– “A Cowboy’s Work is Never Done.” Remember, the new show is competing against reruns of “The Sonny & Cher Show,” and losing.

Still most of “The Cher Show” is very entertaining. It brings Vegas to Broadway. And it’s very much an empowerment theme. At one point Cher’s mother tells her it would have been easier for her to marry a wealthy man. Cher’s response: “I am a wealthy man!” Touche!