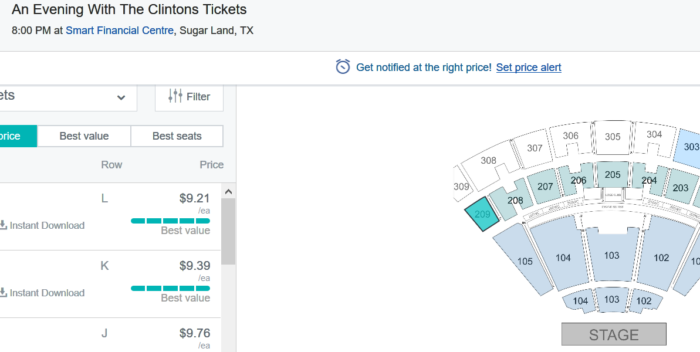 Yesterday I wrote that there were plenty of tickets available for tomorrow night’s appearance in Texas by Bill and Hillary Clinton.

A sharp eyed reader– Dean Goodman, formerly of Reuters– pointed out that on Stub Hub, tickets to the see the Clintons at the Smart Financial Center in Sugarland are now down to nine dollars and twenty one cents.

This doesn’t bode well for their tour beginning in April 2019. The Clintons should have booked smaller venues and sold them out, made it special. Instead, they overdid it. Big mistake. Stories like this one are going to dog them. The cost of security is going to exceed what they make on this venture.