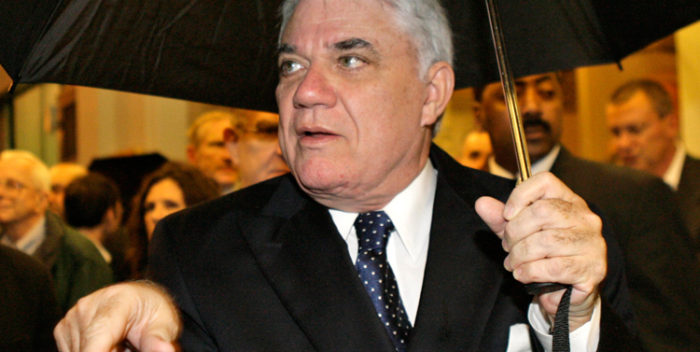 Rex Reed — the only still-practicing, prolifically active octogenarian critic of stage and screen in existence — sprouted yet another career Tuesday night when he made his Birdland Theater debut. It turned out to be a very good place to start: Birdland was his first stop when he hit town as a wide- and starry-eyed collegiate. (Think of Gene Kelly going into his “Gotta Dance.” Later he’d  learn there was a Statue of Liberty and an Empire State Building here.

“At the old Birdland,” he remembered, “I saw June Christy, the entire Stan Kenton  orchestra and The Hi-Lo’s—all on one bill, for the price of a beer.”

His second stop, The Blue Angel, was less successful. Its headliner, Harry Belafonte, was ill, and he was forced to endure “two young people trying out some comedy material,” Mike Nichols and Elaine May. Rex was “crestfallen.”

He dabbled, fearlessly first-person, in the very mediums he’s reviewed with varying degrees of steam heat—on stage in “Rope” and on screen in the still-notorious “Myra Breckinridge”—before turning the corner into Singing Critic.

In lieu of an autobiography, Rex has written a deliciously anecdotal evening of star-droppings, punctuated by stage and movie songs that almost never come up in club acts but mean something to him. His unguarded affection for these songs, the composers and the singers who introduced them—the love and naughtiness of the patter accompanying them—outweighs his breathy but earnest journeyman vocalizing. How he connected which story to platform which songs is the trick here, and it pushes the envelop of cabaret a bit.

Toasting his first real drink in New York (bought his first night at The Blue Angel by its pianist, Bart Howard), he starts with Cole Porter’s “Make It Another Old-Fashioned, Please,” originally ordered by Ethel Merman’s Panama Hattie.

If his voice wears especially well on “No Love, No Nothin’,” that’s because the lady who introduced it in 1943’s “The Gang’s All Here,” Alice Faye, taught it to him at four in the morning in the backseat of a limo on the Pennsylvania turnpike. The New York Times had sent him to Philadelphia to catch the closing night of “Good News” and interview Faye before its Broadway bow.

That Times ticket also took him to Marlene Dietrich’s dressing room prior to the opening of her one-woman show. On the floor was an old scrubwoman in a raggedy bandana scouring the toilet, insisting Ajax was best for the job. It was Dietrich. When the piece ran, the headline saluted “Dietrich, Queen of Ajax.”

He finds places for fine songs from films that failed: “Changing My Tune,” one the Gershwins wasted on 1947’s “The Shocking Miss Pilgrim,” a Betty Grable movie that flopped because she wasn’t allowed to show her legs (“Her legs used to go to war, on American planes”), and “That Winter Night,” in which an out of water and snowbound Esther Williams was to sing in “The Duchess of Idaho”—until Louis B. Mayer saw it and ordered her back to the pool.

Very much sans roller skates, Rex did Gene Kelly’s big number from 1955’s “It’s Always Fair Weather”— Comden & Green and Andre Previn’s “I Like Myself”—and, unlike Bob Fosse in 1953’s “Give a Girl a Break,” he didn’t wind up in the East River doing Ira Gershwin and Burton Lane’s “In Our United State.”

Doris Day occupied a good portion of the program with her Eveready animal-abuse antenna. He also sang “Blame My Absent-Minded Heart” the song Jule Styne wrote for her in 1949’s “It’s a Great Feeling” and the one song for a Doris Day movie she always wanted to sing and didn’t get to: “A New Town Is a Blue Town” from “The Pajama Game.” John Raitt gave it a robust, all-stops-out rendering in the movie; Rex brought it down to a more do-able Day level.

At the Cannes Film Festival, Rex admitted he wanted to dance with Fred Astaire but had a problem with that: “I don’t know how to follow. I only know how to lead.” Astaire brushed that off matter-of-factly with “After all those movies I made with Ginger Rogers, I know how to follow,” and off they went.

He owned up to his marked partiality for singers who were also songwriters by saluting Mel Torme with “A Stranger in Town” and Anthony Newley (his first interview subject in New York) with “There’s No Such Thing As Love.” The latter was a bouquet to cabaret veteran K.T. Sullivan in the audience, celebrating her 19th wedding anniversary with hubby Stephen Downey.

His 11 o’clock anecdote was a hilarious story involving Lana Turner, Ann-Margret, Jimmy Stewart and a Tulsa high school teacher, and that led to the last of the ditty dozen—the act’s best-known song, “Hooray for Hollywood.”