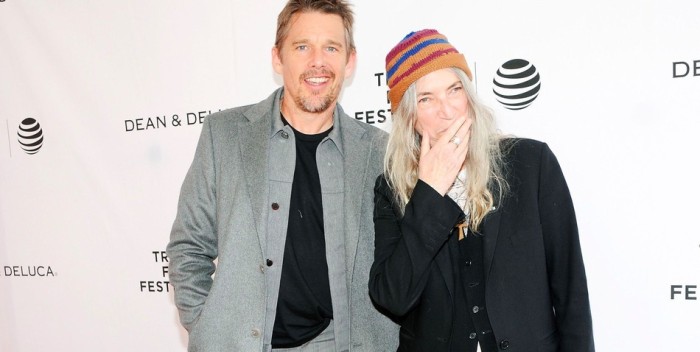 I’ll bet the Oscar prognosticators are having heart attacks.

First they were crazy about Ryan Gosling in”First Man” as their Lead Actor in Oscars 2019.

Then for weeks they were all over Bradley Cooper to win Best Actor for “A Star is Born.”

Next came Viggo Mortensen, for “Green Book.” And then Rami Malek picked up steam from “Bohemian Rhapsody.”

Last week, it all turned to Christian Bale, bulked up and unrecognizable as Dick Cheney in “Vice.”

On Monday Ethan Hawke won the Gotham Award for Best Actor in “First Reformed.” He got a lot of applause. Would this make him an Oscar contender? No one knew, but it seemed unlikely.

Now he’s won the NY Film Critics Circle. Ethan must be taken seriously now. He’s going to dethrone one of those other actors, I think. I don’t know which one.

Ethan has two acting Oscar nominations– one for “Boyhood,” and the other for “Training Day.” They’re each in Supporting. He also has two writer noms, for co-writing Richard Linklater’s “Before Sunrise” and “Before Midnight.”

He started out as a kid actor in “Dead Poet’s Society.” Since then he’s had one terrific performance after another. This past year it seemed like was everywhere. He was in “Juliet, Naked.” He wrote and directed a little gem called “Blaze.” He just turned 48 and his clip reel is astounding. Some of my favorites are “Before the Devil Knows You’re Dead” and “A Midnight Clear.” There are dozens more including a lovely turn in the remake of “The Magnificent Seven.”

So as much as all the other actors in the semi-finals are great, and all should be included, Ethan Hawke’s new rise to dominance is very cool, and welcomed.