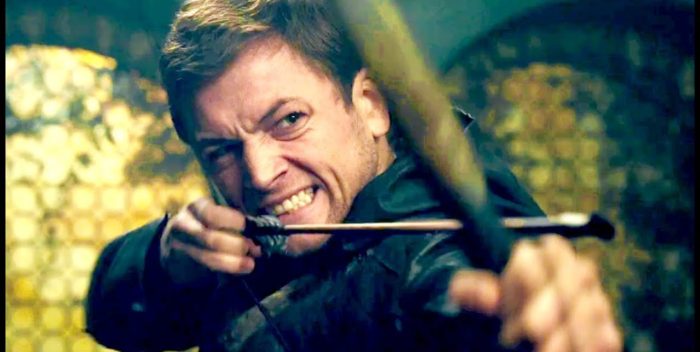 Lions Gate is releasing “Robin Hood” under what’s left of the Summit Pictures label. It’s sort of amazing– Summit had a big run with vampires and dystopian universes thanks to the “Twilight” and “Hunger Games” series. And now, pfft.

The new Robin Hood is played by Taron Egerton, who will soon be seen as Elton John in the rock star’s biopic. The movie also stars Jamie Foxx, Jamie Dornan, Ben Mendelsohn, and Eve Hewson– aka Bono’s daughter– as Maid Marian.

But for some reason Leo and his producing partners put all these A-listers in the hands of director Otto Bathurst, who comes from TV (“Peaky Blinders”) and has no feature film experience.  It’s not clear how much DiCaprio’s company has sunk into “Robin Hood,” but if the costs are $100 million, the losses will be high —  and shared by everyone.

Most of the reviews are similar to this one from the Washington Post: “Amounts to a chilly and flavorless frappé of historical speculation, revisionist folklore and every lazy action-movie cliche ever written.”

Originally “Robin Hood” was supposed to have been released last March, when no one would have cared. Someone decided to shift it to Thanksgiving, maybe just for the turkey jokes.

Come back Thursday for the bad news.