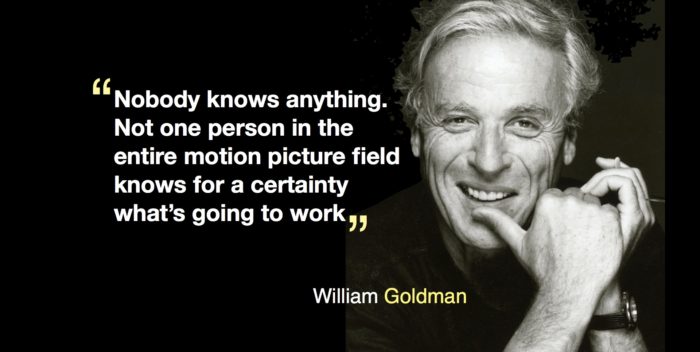 William Goldman, oracle of Hollywood, Oscar winner for writing “Butch Cassidy and the Sundance Kid” and “All the President’s Men,” has died at age 87. His death is a big deal, and a tragedy that will be observed all weekend no doubt in memoriams by his many friends and writers whom he mentored.

Goldman’s other credits included “The Princess Bride,” “Papillon,” “Heat,” Marathon Man” and many other classic films of our era. He was also a huge influence on the screenplay for “Good Will Hunting,” an unseen hand that guided Ben Affleck and Matt Damon to their Oscar.

Goldman’s 1983 memoir, Adventures in the Screen Trade, is considered the holy grail of Hollywood remembrances.