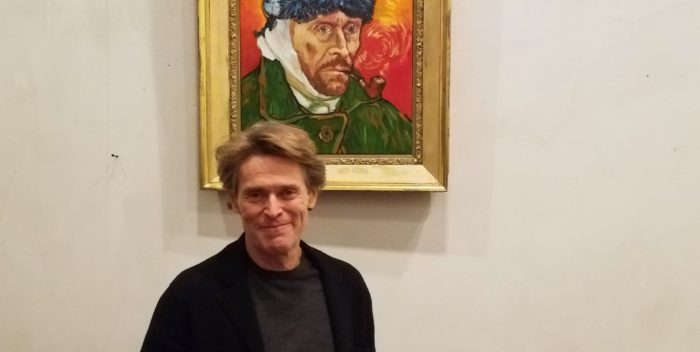 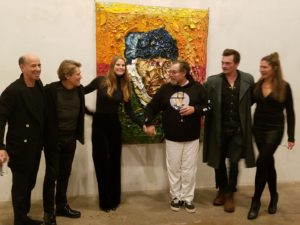 It’s not easy to get Brian DePalma out to a screening of anything, or to a reception in honor of a new film. But there was the reclusive director of “Carrie,” “Dressed to Kill,” “Body Double,” “The Untouchables,” “Mission Impossible” and so on at painter-director Julian Schnabel’s incredible home and studio Saturday night for “At Eternity’s Gate.”

Many of us went first to the screening at the Crosby Street Hotel of Schnabel’s new movie which features a tour de force performance by Willem Dafoe as Vincent Van Gogh. CBS Films is pushing “Eternity” and they’re right– if Dafoe isn’t nominated, something is wrong.

Also from the movie came actor Rupert Friend, who plays Theo van Gogh, very moving as the put upon brother, and Schnabel’s actress daughter Stella who’s terrific as a maid in the Arles estate where van Gogh painted his most famous works.

But that wasn’t the end of the A-list in attendance: director Barry Levinson, actresses Ellen Burstyn and Carol Kane, playwright Israel Horovitz, actors Steve Buscemi and Tony LoBianco, producer Jean Doumanian, and 95 year old indie film legend director (and famed poet) Jonas Mekas not only came to see the movie but stayed at Schnabel’s for a scintillating Q&A moderated by Kent Jones. People stood, sat on the floor, took up every seat in one of Schnabel’s huge painting studios to hear all about the making of “At Eternity’s Gate.”

All these people came to see the movie on a Saturday night– a frigid one, too. Why a Saturday? It was Dafoe’s day off from shooting a Disney movie in Calgary, Alberta, Canada called “Togo.” He literally flew in for the gathering and a little press, then flies back tonight. “Lucky for me, there’s a Canadian holiday,” he told me, “so it bought me a day.” 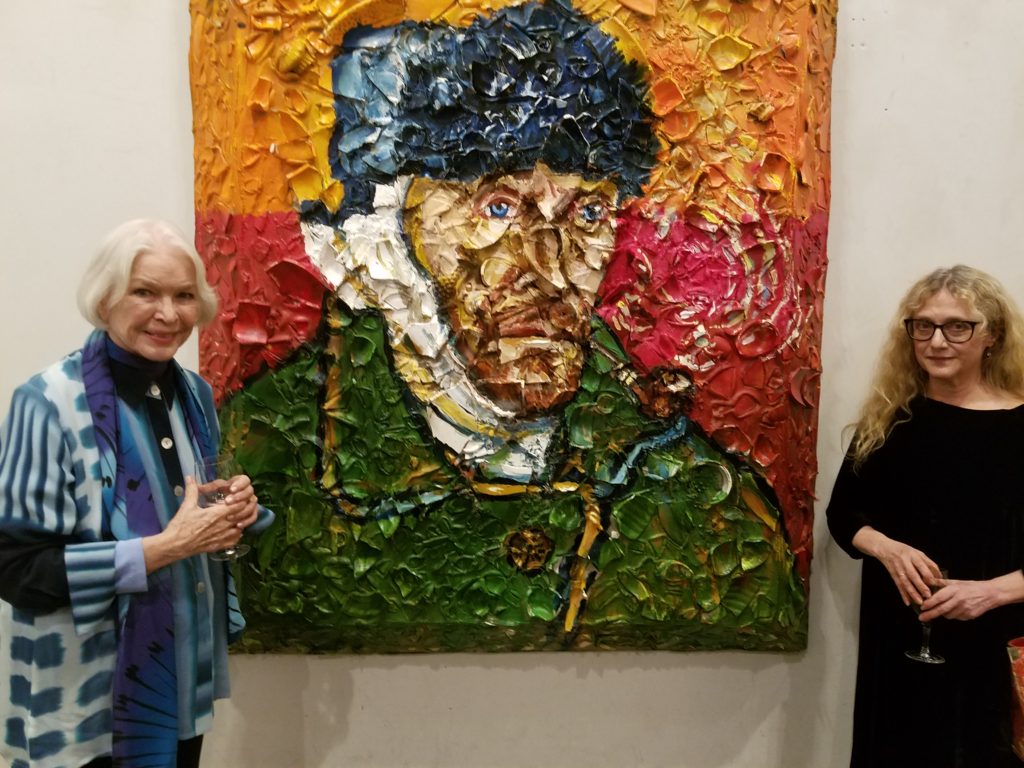 We learned a lot about this amazing movie: Schnabel, obviously a famed artist, painted all the “van Goghs” in the movie. Now they are in his tri-level West Village studio complex. He painted Van Gogh, and Dafoe as Van Gogh. A huge central Schnabel made of chopped up plates and pottery — portrait of Van Gogh– was so stunning everyone wanted to pose with it!