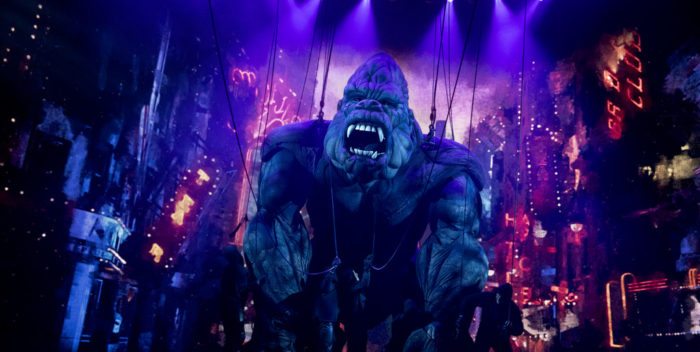 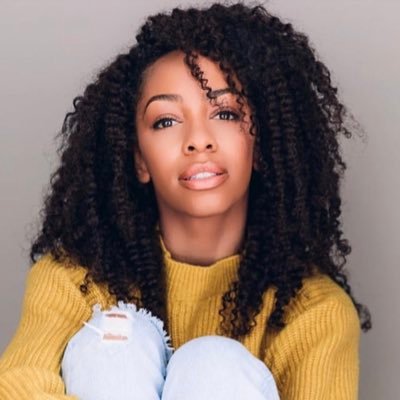 First, the good news. Christiani Pitts, daughter of ABC “Nightline” host and veteran network reporter Byron Pitts, is a star tonight. She made an otherwise peculiar “King Kong” soar in places where it would not have, necessarily. Christiani was a last minute replacement for another actress who left the show, and she nails the part of Ann Darrow, an actress who’s lured to Skull Island to make a movie about a monster.

More good news: “King Kong” looks sensational. The production of the $35 million musical could not be better. Sets, costumes, scenic design, lighting and projections are A plus. You won’t get a bigger bang for the buck than at “King Kong,” which opened last night at the Broadway Theater. Regis and Joy Philbin, Susan Lucci and husband Helmut Huber, and Renee Taylor were all in the audience.

So: all good, right? Not so fast. This is tuneless musical. The songs are just about as awful as they could be. I give credit Christiani Pitts and her co-star Eric William Morris for performing them. They’re like punishments for the ears– no melodies, no hooks, laborious, turgid and full of information no one needs. In an early song you can hear “Live and Let Die.” Just, you know, take the songs out and tell the story of King Kong. That’s enough.

The book by Jack Thorne wrestles the Kong story to the ground. For the most part, Thorne is adept at keeping it all straight, conveying emotion and a little backstory to these characters so that there’s momentum. But he doesn’t develop secondary characters or a secondary plot or arc at all. The entire saga rests on the hands of Pitts and Morris and Kong himself, a gigantic, elaborate and heavy puppet who I thought acquitted himself well. Certainly the kids in the theater were mesmerized by him.

The New York Times printed a rare “double” review of “King Kong” by Ben Brantley and Jesse Green. It’s vicious and uncalled for. No, “King Kong” isn’t “Sweeney Todd.” But it’s a spectacle and highly entertaining in a nonspecific way. It’s really worth it just to see how it’s staged. PS Kudos to Aliza Ohman, part of the ensemble– she gets to do a little comedy bit as the ape approaches. It’s much needed comic relief in a show of relentless melodrama.