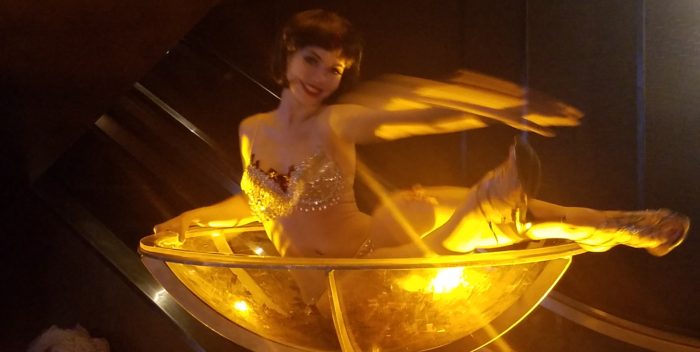 It was quite an opening night for the new plush CMX CineBistro on East 62nd St. between First and York.

There are actually several state of the art movie theaters on three levels in CMX, where you sit in luxe leather chairs and eat designer food. (We had lamb chops and Cracker Jacks. Mmmm.)

For the opening, the owners got Spike Lee, Brooke Shields, and Charlie Chaplin’s beautiful granddaughter, Kiera, to present three films associated with them. Spike brought his Oscar-bound “Blackkklansman.” Brooke showed Louis Malle’s “Pretty Baby,” in which she was 12 years old and caused a scandale. Kiera Chaplin introduced “City Lights,” which was so popular that all the seats were taken, including one by Cuba Gooding Jr. on an off night from “Chicago” on Broadway. “City Lights” was released in 1931 and was smarter, by the way, than almost anything current. And more artful.

Other celebs milled in the lobbies, nibbling on shrimp, steak, and fried cauliflower. In the basement lobby, there was a jazz band with a female lead singer dressed to look like it was the Copa in the 1950s. Beautiful young ladies, dressed scantily (but within parameters) fan-danced and gyrated in a five foot high martini glass. A Charlie Chaplin imitator toodled around in full Trump with a swing cane and a mustache.

Suddenly, the UES has a movie destination. CMX is perfect for private parties, screenings, regular showings, mini film festivals. Now if only we had one downtown!