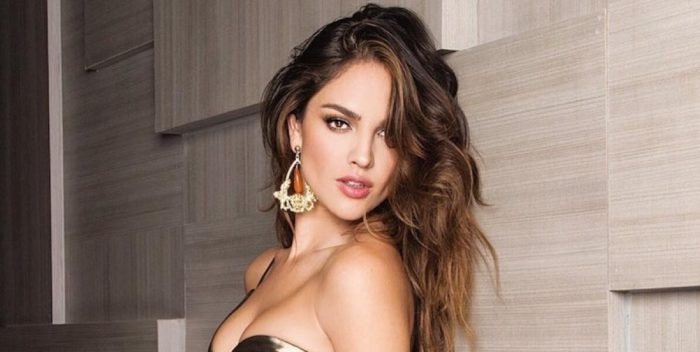 How did EGOT and Kennedy Center Honors winner Rita Moreno start her career? Why, with the original “West Side Story” movie. Now I’m told that Eiza Gonzalez, whose movie credits are two including the great “Baby Driver,” is likely going to play Anita in Steven Spielberg’s remake of the famed and beloved movie. Can she sing? Oh yes. Is she beautiful? Dios mio!

Anita is a sure fire Best Supporting Actress role. Moreno for the movie. Other actresses have won awards on stage. Anita gets to sing “America” plus “A Boy Like That” and “I Have a Love” with the Maria character, who is still not cast– but I’m betting on Camilla Cabello.

Well, I said months ago that Ansel Elgort would and should play Tony, and I was right. So let’s see how this plays out. This would mean a “Baby Driver” reunion, and that alone is worth the price of the ticket!

Watch Eiza sing in her Instagram clip below. She’s got it.

Meantime, PS, Rita Moreno, who’s in her 80s, is taking a role in the film version of Lin Manuel Miranda’s “In the Heights.” When I saw “In the Heights” years ago on West 37th St. I thought it was a “West Side Story Jr.” Frankly I thought she’d turn up in the Spielberg movie as a nod to the original.

Beauty and the Beast soundtrack ❤️❤️ I Love the meaning behind this song. What’s your favorite musical?