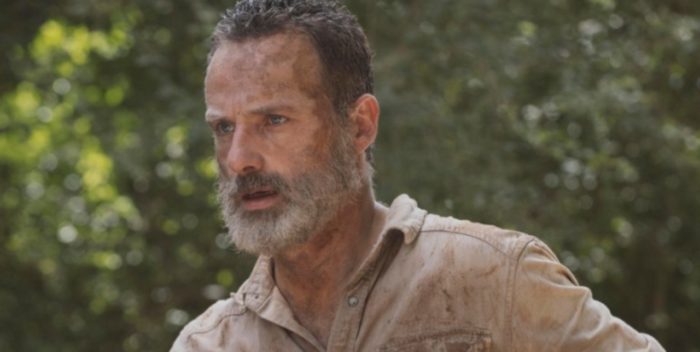 Andrew Lincoln exited “The Walking Dead” tonight. I won’t tell you how, but he’s still alive. And that’s not a spoiler since AMC announced Lincoln will star in three standalone Rick Grimes movies about his life after tonight.

It’s a little surprising considering “The Walking Dead” is down to 5 million viewers a week, and is in decline. But they’re going to milk this thing as much as possible until only zombies are watching new episodes.

Also, I’m sure Lincoln said he was done, didn’t he? Oh well. Give the public what it wants! Maybe “Better Call Rick.”

We’ll see on Tuesday how this exit episode did ratings-wise.