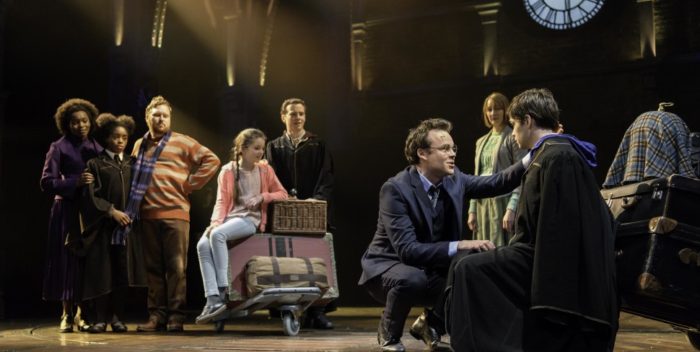 One of the two or three biggest hits on Broadway is “Harry Potter and the Cursed Child.” The 2018 Tony Award winner for Best Play is a box office monster, averaging $2 million a week.

But I’m told there’s unrest among the Cursed Child, and soon the play will be known as “Harry Potter and the Cast Mutiny.”

Sources say that in the last couple of weeks, producers — wanting to re-sign actors whose contracts are coming up — have low-balled raise offers. The result is that most of the adult actors are contemplating leaving for greener pastures on TV shows like “Law & Order SVU” and “Blacklist.”

“The cast was offered $200 raises per week, which is ridiculous considering how much money the show is making. When they got the offer, the mood was that most everyone wants to leave. Only the child actors will stay because their parents are having a good time.”

When some of the actors went to penurious UK producer Sonia Friedman, she offered just another hundred bucks. The offer was declined. Those exiting could include Tony nominees Jamie Parker, Anthony Boyle, and Nomi Dumezweni.

“Cursed Child” is six months into its Broadway run, but a couple of years into the London West End run. Millions upon millions have been made, with no end in sight. But if you want to see the original Broadway cast, you’ve got to hurry. In the spring, new people will making all that magic.