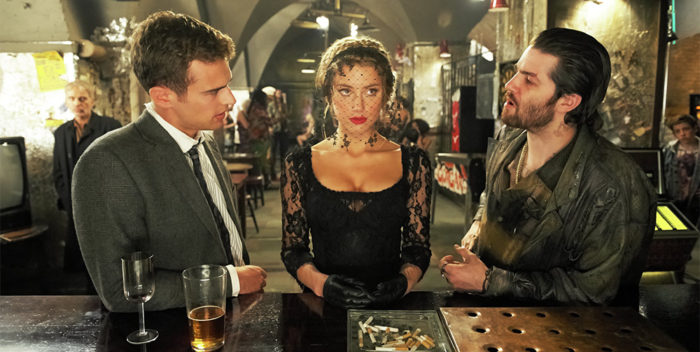 Today, at last, comes “London Fields.” It has a zero on Rotten Tomatoes. I’ve watched it, or tried to– it’s unwatchable. Incoherent.

Johnny Depp and his ex-wife Amber Heard met just before making this movie, Matthew Cullen’s adaptation of Martin Amis’s bestseller. Cullen and his financiers had such a row over how bad the movie was, they sued each other. Cullen said he had final cut. The film was pulled at the last minute from the 2015 Toronto Film Festival– that’s right, three years ago.

Then the producers also sued Heard. A settlement was reached in September.

I met Matthew Cullen at last winter’s Spirit Awards. (He was nice enough to let me sit with him when Film Independent said they had no seats in their tent. They’ve since blackballed me for finding my own seat.) He told me some of the story. But last March was a long time ago, and it seemed like “London Fields” would never be released.

Alas, now it has, only to be reviled by critics. It’s being released by tiny GVN Films.

For Depp, who’s about to appear in the second “Fantastic Beasts” movie, it’s yet another bomb. He has enough for a munitions factory. And to add insult to injury. it seems like Disney is rebooting the “Pirates of the Caribbean” franchise with a new cast. Depp’s days as Jack Sparrow are over.