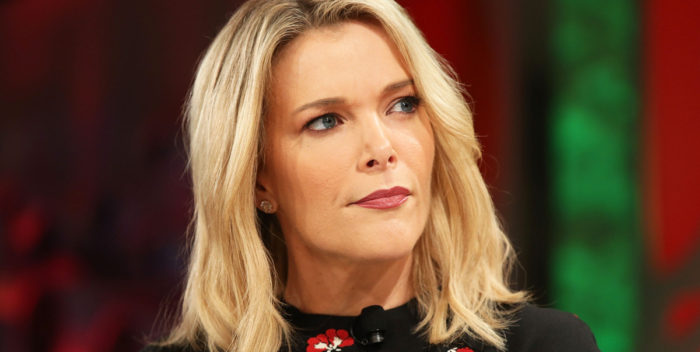 The former Fox News anchor who ran the Today Show’s 9am hour into the ground is gone. This morning and tomorrow, “Megyn Kelly Today” is yesterday, all reruns.

On Monday, there will be a new configuration at 9am. Megyn is gone.

Over night, she lawyered up after being dumped by not one but two talent agencies- CAA and then UTA.

Kelly hired a Hollywood lawyer who handled, among others, the firing of Paramount TV’s Amy Powell last year. Like Kelly, Powell was accused of racism. She was accused of making insensitive comments about black women’s dating habits on a conference call. Attorney Bryan Freedman accused Paramount of “gender bias.” Maybe he’ll try that to defend Kelly, who once told her Fox News audience that “Santa is white.”

That Kelly has lawyered up means her show is over. Now. NBC may be trying to get out of paying her anything more based on her comments defending the use of blackface for Halloween costumes. Even though Kelly apologized on air, the damage is done. She seems to be the only person in the world who never heard of blackface identified as a racist act.

Kelly’s contract, according reports, could be as much as $17 million a year. When her first NBC show began in the summer of 2017, at night against “60 Minutes,” it failed miserably. Then NBC moved her to daytime, where her poor ratings have affected the 10am hour of “Today” and invited criticism for many disasters on air (including insulting Jane Fonda).

NBC would love nothing better than to not have to pay Kelly out. The new lawyer will try and get her some of that money. But clueless Megyn Kelly is more than likely kaput at NBC.