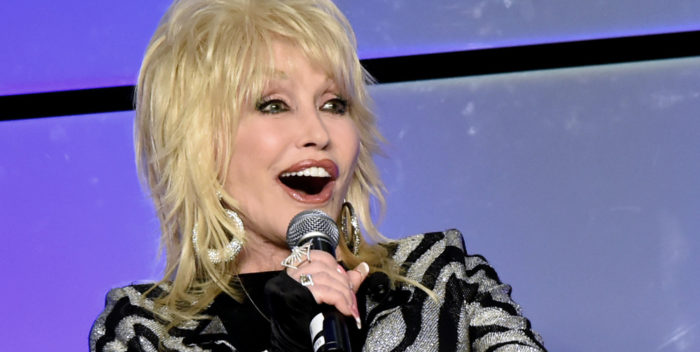 Dolly Parton crooned her hopeful awards contender, “Girl in the Movies,” her song she wrote for the upcoming “Dumplin,” a Netflix film which stars Jennifer Aniston and the wonderfully talented Aussie actress Danielle Macdonald, so terrific in last years “Patticake$. ”

Dolly Parton has long been known as being tireless, but awards campaigning is not for the weak. She quipped to the adoring crowd of press, HFPA, BFCA voters and more.  She explained,  “They have got my little country ass worn out.  I’m flying back and forth to Atlanta where I’m doing a movie about my songs.  So if my voice is a bit ragged, she then expertly timed her best Dolly smile…. tough!”

I spoke with Danielle about introducing Dolly. She said: “I was so terrified I wanted to throw up.  I’m still reeling.   I met her once before, I went into a studio with her and recorded a song which was a whole other crazy situation, I wanted to throw up too.  You don’t even know what to say.  How do you introduce her?  Dolly doesn’t need an introduction, she just is.  She is one of a kind.”