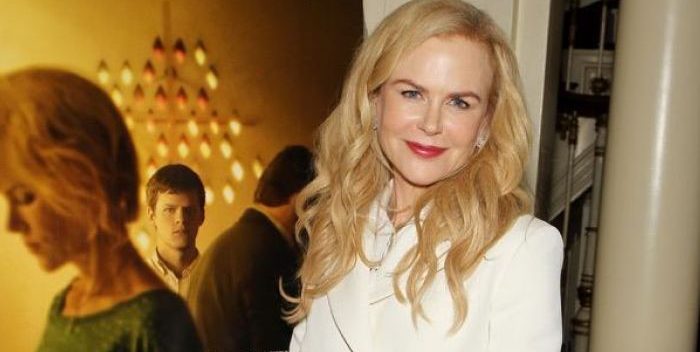 Soon Yi, who is smart and funny, came with New York magazine writer Daphne Merkin, who wrote the terrific recent piece about the love of Woody’s life that showed her to independent and objective about their lives.

The lunch at the Lotos Club was to celebrate the opening of Kidman’s latest film, “Boy Erased,” directed by Joel Edgerton, which opens Friday. Nicole plays the mother of a real life boy from Arkansas whose parents place him a gay conversion camp. (Russell Crowe is the preacher father, Lucas Hedges is the son.) This Oscar bound movie could give Nicole one of two nominations these season–supporting for “Boy Erased,” and lead for her role as a burnt out police detective in Karyn Kusama’s “Destroyer.”

“First of all, she’s beautiful up close,” Soon Yi said after lunch. “Second, her range is amazing. She can do anything.” After a quarter decade of watching films with Woody Allen, you can only imagine that Soon Yi is a pretty good armchair critic. On another note, she did tell me both of her and Woody’s daughters– Manzie and Bechet– are happily in college. Time has flown for those who have decided to move on.

As for Nicole, she was as friendly and candid as usual. She has a habit of becoming great pals with women she’s playing– like the mother in “Lion” a couple of years ago, and now the mother in “Boy Erased.” If Nicole Kidman plays you, you get a friend for life.

“The wonderful thing about being an actress,” she said during the after lunch Q&A, “you view life through this prism, all these different ways of being in the world, and it’s fascinating– it’s why I still do it. At 51, I still love what I do.” (She doesn’t look 51, that’s for sure.)

Kidman has sometimes stepped up to produce her own films, but she’s not keen on it. “I don’t like the business side of it. I love the acting. I’m still so dedicated to the art form of acting.”

Kidman had just three weeks between finishing “Boy Erased” and starting pre-production on “Destroyer”– there could not be two more different roles. “The idea of getting pigeon holed is terrifying for me.” She considered pulling out of the second film, she said, “something I often do. I didn’t want to go to that [dark] place.”

She did, and in “Boy Erased” she went to a place of elucidation. Good news, too– the couple Nicole and Crowe play are still very much together despite their differing feels on their son’s lifestyle. It’s unusual these days– people with opposite ideologies working it out instead of splitting up. We could all learn a lesson here.