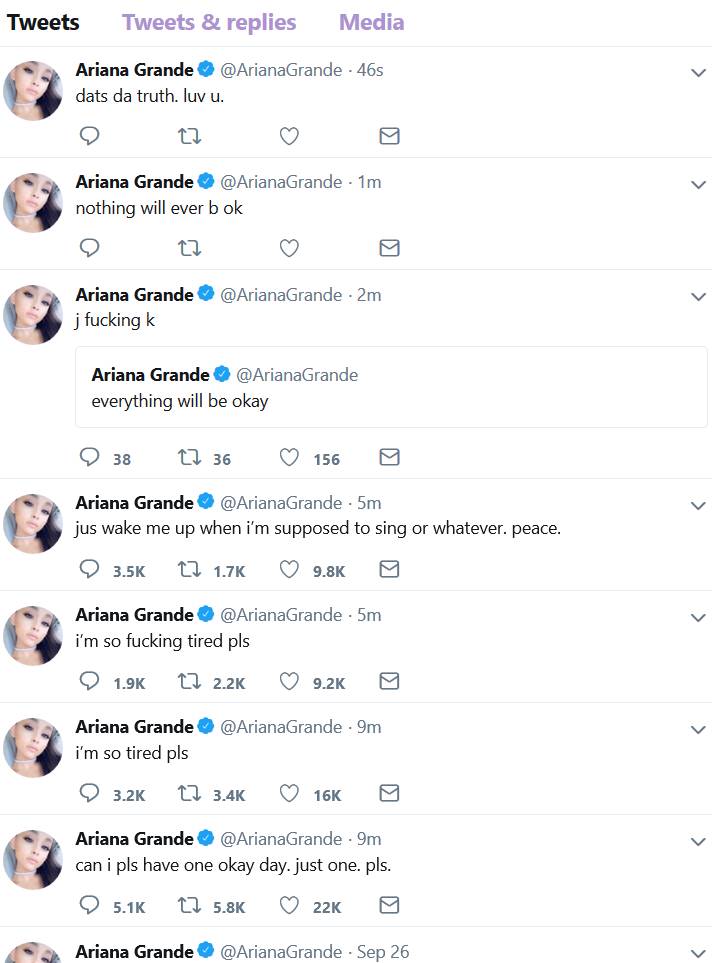 Back on September 27th, Ariana Grande had a Twitter meltdown. Luckily we took a screenshot when she said nothing would ever :b” ok again. She deleted the Tweet, but we kept it, as a keepsake.

That was around the time she pulled of the season premiere of “Saturday Night Live.” Then Pete Davidson, her putative fiance, changed the tattoo on his neck of Ariana’s logo to a heart. It was clear that their love affair had cooled. Maybe Ariana didn’t like him joking about fooling with her birth control? Anyway, it’s done, and not a moment too soon.TMZ says so, but we knew it on September 27th.

Hey, I can stay in their $16 million rental until there’s a new tenant, kids. Just drop me a text.

Listen, Pete is very funny. Ariana is such a great singer, and has a huge future. But apart, apart, apart.