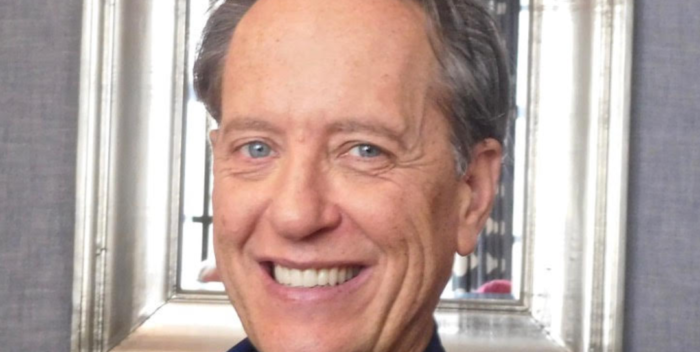 Melissa McCarthy and Richard E. Grant play fabulous duo in crime, Lee Israel and Jack Hock, in “Can You Ever Forgive Me?” The film is based on Israel’s memoirs chronicling her exploits creating and forging letters of dead literary celebrities like Noel Coward once her own writing career tanked. McCarthy is unrecognizable in a grey wig and perpetual frown as the 51-year-old dowdy, soused, cranky failed writer in desperate need of cash. Israel’s only friend, Hock is her opposite: charming, flamboyant and talkative, he helps Israel get top dollar for her fakes.

Both actors turned up at the Whitby Hotel Saturday to promote the film. In his most outrageous role since cult classic “Withnail & I,” Grant gives a best supporting Oscar worthy performance on screen and in life is a hoot.

Grant, who’s been married for more than three decades, was asked if having a lot of women in the cast and crew, including director Marielle Heller (“The Diary of a Teenage Girl”) and co-writer Nicole Holofcener (and Jeff Whitty) created a different energy on set?

“I’ll put it like this, it felt like the most [sic] detestosterized, communal, nurturing collaborative environment,” said Grant. “I think because it was such an intimate story and female-centric, whereas the movie that I just come off before that, was called ‘Logan,’ which had a crew of three hundred men with arms thicker than my thighs. I’m not exactly chunky but it was guns and jeeps and cars and cranes. I felt like a dandelion in the wind amongst this macho set, so the contrast was enormous. I mean it was a different kind of movie and people had blades coming out of their hands. People being decapitated in all direction and even the twelve-year-old girl in this was karate killing people with batons so there’s some contrast to the world of Lee Israel and Jack Hock. Does that answer your question?”

Grant told journalists how he found his way into his character.

“My immediate thought was that, I thought what was the essence of what is happening in this story and I thought that like Jack Lemmon and Walter Matthau in ‘The Odd Couple’ and also like Dustin Hoffman and Jon Voight in ‘Midnight Cowboy,’ is you’ve got two people who are on the fringes of society that are lonely and they’re in New York and they’re struggling. You know, despite all the wealth that you see around you and millions of people, they’re lonely and they’re struggling and I thought that was the basis of their platonic friendship was they’re trying to find a movie reference.”

He added, “And then I thought, because I grew up in Africa, I always see people and try and understand characters as what kind of animal would they be? Just to get a lead in. And I thought she is essentially a porcupine. She’s prickly and private and you’re gonna get hurt if you go in her and I thought Jack was like a Labrador in that he’ll just go up to anybody and lick them into submission.”

Israel didn’t describe Hock in her books so the actor said he didn’t have much to go on.

“He was tall from Portland and blonde and that is as much description as Lee gave about him but what she did say is that he was really good at the scamming because if she reckoned that a letter that she’d done was worth six hundred bucks, he’d come back with two grand. Even when he was trying to cheat off that two grand more money off her. He still was capable, you know he wasn’t good on the math, and he didn’t know who Fanny Brice was, which was bizarre to me, but he obviously had a way of charming people and I thought that was a key to who he was.”

“He lived every day in the moment and I think knowing that you have this time bomb of being HIV positive probably added to that, because it’s like, this is another day,” he said, “and literally today might be my last, so to me, that’s a bit, I wish I could live my life like that but I’m too conservative but it’s very endearing. I’ve known people like that all my life and I’ve liked them and loved them but I wouldn’t give them the keys to my apartment or my car or lend them money.”