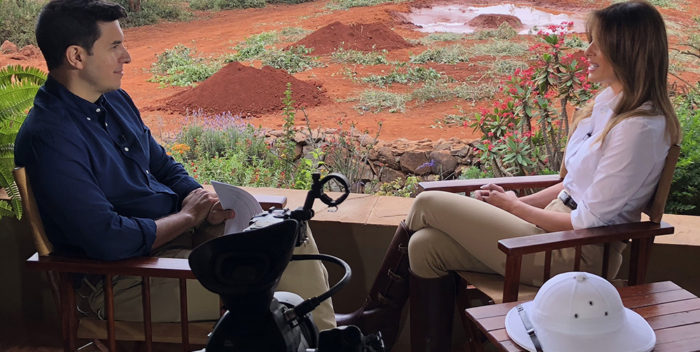 Melania Trump’s much publicized interview on ABC’s “20/20” Friday night was not a hit.

The Melania propaganda piece– a real slouch for ABC News — had just 4.2 million viewers at 10pm.

Meanwhile, over on CBS, Tom Selleck’s “Blue Bloods” scored 8.2 million viewers. The irony is that the “Blue Bloods” audience is who you’d think would be interested in Melania. Selleck is a big conservative, outspoken member of the NRA, and so on. But his people didn’t care about Melania.

Melania was also beaten narrowly by another newsmagazine at the same hour. “NBC Dateline” had 4.4 million viewers at 10pm, increasing its number from the first hour–at 9pm– by around 20,000 people.

I watched Tom Llamas’s Melania interview, and it was pretty bad. He lobbed so many softballs she must have thought she was on a grade school team. Llamas blew this chance to get anything substantial on the Morticia Adams of the White House. Where does she live? How does she feel about Ivanka always being under foot? How about Barron? What’s his story? How about her parents? Where was she last spring when she kind of disappeared for a month or more? We’ll never know.