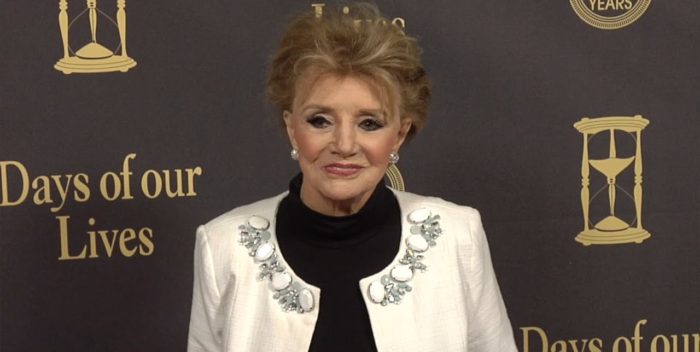 Sad news: Peggy McCay, who played Caroline Brady on “Days of our Lives” beginning in the mid 1980s, has passed way. She was three weeks short of her 91st birthday.

McCay won a prime time Emmy Award as a special guest on “The Trials of Rosie O’Neill” in the 1990s. She had two other Emmy nominations and five more Daytime Emmy noms for “Days.”

McCay’s first credit on TV was Kraft Theater in 1949. Born in New York (you could hear it in her voice), McCay worked every year from then on until she picked up the role of Caroline Brady in 1983. She was a salty, no nonsense actress who won over audiences easily.

Ironically, the actor who played her husband on “Days,” Frank Parker, passed away a couple of weeks ago. He was 79.