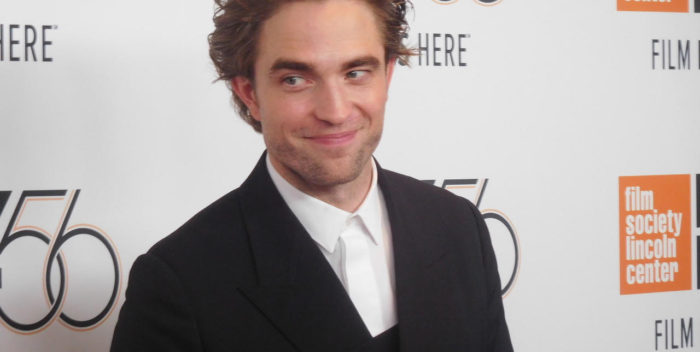 Robert Pattinson stars as an astronaut who swears to celibacy in acclaimed French director Claire Denis’ perverse and wacky sci-fi saga, “High Life,” which had its U.S. premiere Tuesday evening at the New York Film Festival.

On a spaceship that looks like a cross between a cargo box and a hospital, a bunch of exceptionally good-looking young death row convicts are on a black-hole journey to hell, forever. At the same time they’re participating — some reluctantly — in a reproduction experiment orchestrated by a sex obsessed doctor, played by Juliette Binoche.

Earlier in the day at the film’s press conference, when asked about how Pattinson became attached to the film, the actor said he caught Denis’ 2009 film “White Material,” on TV by chance and tried to set up a meeting.

Meanwhile Denis did not have Pattinson on her radar for “High Life.” She envisioned Monte as an “older man, tired of his life, at the end wishing nothing but to die.” Denis said, “Robert brought something unexpected to the part. I was a little bit afraid, to be honest. I’m wasn’t afraid, not of his youth, I was afraid maybe he was too good-looking or too precious… I thought, ‘Oh, my God, I have to be aware of that and not be afraid of that, you know, not to be afraid by his charisma.”

The actor was asked at the press conference about his choice of eclectic roles, including “The Lost City of Z,” “Cosmopolis,” “Damsel” and now High Life.”

“In general it’s pretty simple. I’ll see a director’s work (I admire) and “basically I approach people whose work I really love.”

Of Denis he said, “It seems like all of her actors have total un-self consciousness and they really seem to inhabit their physicality. As a person who doesn’t totally inhabit my body,” he said, “I hoped if it happened to other people maybe it will happen to me.”

On the red carpet that evening at Alice Tully Hall, Pattinson inhabited his body in a dark close-fitting jacket and wide-legged shorts that would seem impossible for anyone else to pull off without looking silly.

I asked Denis on the red carpet how she dreamed up such a kinky script. “I don’t know. I am like that. I am kinky maybe,” she said. “I thought it was the way to do it, that was my plan.”

I asked her what she meant earlier in the day about her reservations Pattinson might be too charismatic to play Monte. That’s not what she meant she told me. “I said there was at the moment I was shy, I didn’t say he was too charismatic. I said, I was afraid that I was not going to understand how charismatic he was in a film you know? No, I was not afraid by that, it’s only that I was shy, that’s all. And he is mysterious and shy too you know?”

In “High Life,” Pattinson plays a role he’s never done: space dad. There are wonderful scenes in the beginning of the film with him and a baby and they have a terrific rapport.

At the public Q&A Tuesday evening, Pattinson was asked what it was like working with the baby and where did they find her?

“She came in for an audition,” cracked the actor.

Denis interjected, “Robert knew the baby,” she said. “This dear friend of his from school had the baby.” The first round of babies did not pan out. “We were not so happy with the baby caster,” Denis said. “This baby was terrific to work with, so cute, so open to people, so interested in sharing.”

“From the first day she was like that,” said Pattinson. “She’s my best friend’s kid. She also took her first steps on set and called me ‘dada dada.’”

The director was then asked why she decided to make “High Life” in English?

“In space people speak only English or Russian,” said Denis.

Pattinson, who had changed from his red carpet shorts suit to jeans and a baseball hat turned backward, nodded along “yes.”

Pattinson sings over the closing credits of the movie to a ballad called “Willow” by Stuart A Staples of English alternative Rock band Tindersticks.

A24 purchased “High Life” with no release date yet set.