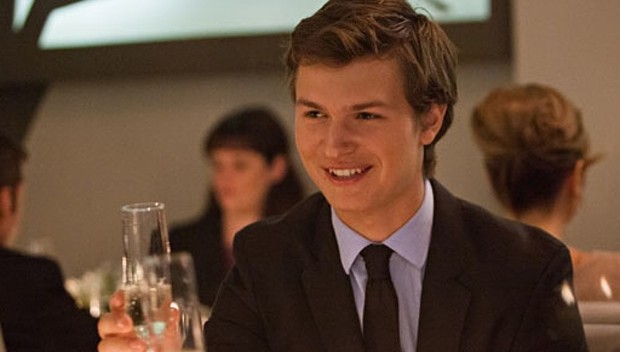 Twice this year I told you the only Tony for Steven Spielberg in his “West Side Story” was Ansel Elgort. I told you on January 25th, and again in July. No one listened to me except, I guess, Spielberg, although I also mentioned it to casting director Cindy Tolan when she was having open auditions. (I also told her I’d play Officer Krupke, but that should go to Tony Danza.)

In July I also said Camilla Cabello and Selena Gomez should be in the movie. Let’s see if that works out.

Ansel has been making his own records, he can sing just fine, and he’ll be a perfect Tony. It was only when I saw him move in “Baby Driver” that I knew he was the one.

I don’t know why “West Side Story” needs a remake, but if this is the direction Spielberg is taking– along with the Tony Kushner screenplay– it sounds promising. My only question is– how will Spielberg work Tom Hanks and Mark Rylance into the movie?