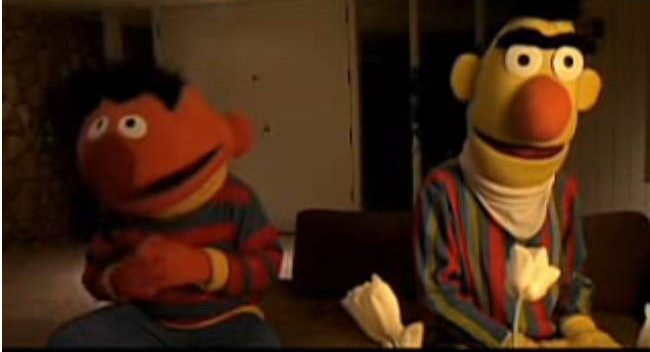 “Sesame Street” and Childrens Television Workshop never liked the suggestion that Bert and Ernie might be gay. A short film called “Ernest and Bertram” by Peter Spears played once at Sundance a dozen years ago. I wrote after seeing it– at 8:30 in the morning– that their lawyers were probably already on planes for Park City. Now thanks to YouTube the video lives, but pretty much in obscurity.

PS Spears went on to be a producer. Among his credits, “Call Me By Your Name.”