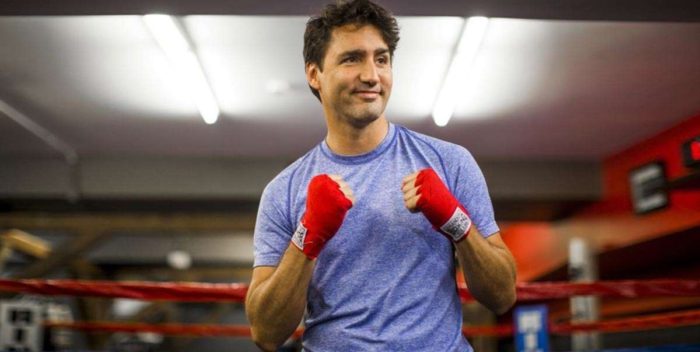 We crossed paths in a local restaurant. Yes, he had a security detail. But in a crush of people, we wound up face to face for a split second. It was a very Zen moment.

I had a nanosecond to think of something to say as I saw him and his bodyguards about to collide with me. So said, “I knew your mother from the Studio 54 days.”  His mom, Margaret Trudeau, was the star of Studio 54 during her party girl days. I have a distinct memory of her from that time, and it’s very nice.

I thought my friends at Sirius XM’s Studio 54 channel would appreciate that, too.

Quickly, I introduced myself as an entertainment journalist from New York. I said, “May I ask you one question?” He said, “Yes.” So I did it. I said, “Would you please come to the States and fist fight Donald Trump? We have to do something!”

Trudeau could see I was being facetious. But he did let out a laugh, and smiled. He had the perfect response, too: “I can’t! I’ve retired!” he cried. And then he was whisked away.

Well, I tried, folks. I got thisclose.