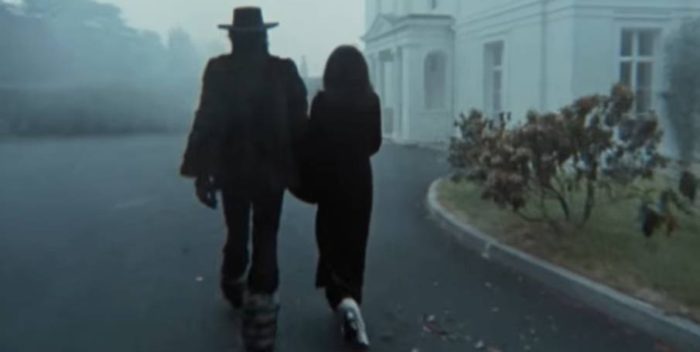 John and Yoko’s “Imagine” is back.

Yoko Ono is releasing a newly spiffed up version of the film she and John Lennon made back in 1971 to accompany the “Imagine” album. The film has been hand cleaned, and the soundtrack is remixed in Dolby 7.1

Performances begin September 18th. “Imagine” features not just John and Yoko, but also George Harrison (who was still talking to John after the Beatles break up).

Lennon said of the making of the film:” The one we’re making now [Imagine] is very loose; they just bring the camera every day and we just decide what to do that day, almost. We’re just making it up as we go along. It will show some of the recording sessions, but I’m not going to do a lot of that like Let It Be because they’re all boring, those things. But there is one song that we can show bits of all the way through, which is ‘How?’ from nothing to the finished thing.

And there might be one I’ll sing all the way through, which is ‘Give Me Some Truth’, because they’ve taped it at the right speed. Others I’ll use as background songs – I don’t know how many to put in yet – backgrounds to Yoko’s artworks downstairs, and there’ll be some shots of us in the house, and the garden, and then the contrast with some of the New York stuff which was shot by other people – and the guy [Jonas Mekas] that always shoots very fast with stills and single-frame stuff. There’s scenes of the party and on the boat, and some from Yoko’s session.”