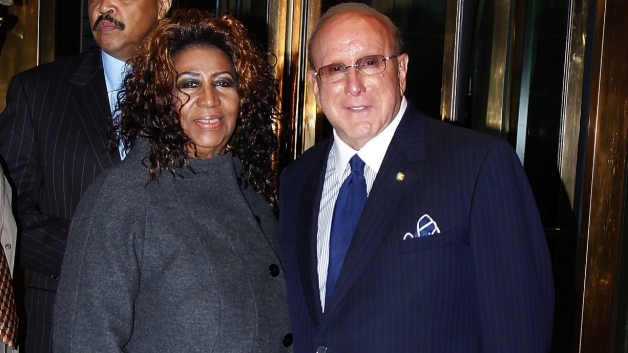 Sony Music’s Clive Davis proposed this idea to Aretha Franklin in late June: an all-star tribute concert to commemorate her 60 years in show business. her 18 Grammy Awards, and six decade impact on music from pop to R&B to opera.

The date is November 14th for “Clive Davis Presents: A Tribute to Aretha Franklin,” presented with Live Nation.

Even before Aretha’s health became a concern this spring, she and Davis discussed the idea at length. Indeed, they each mentioned it to me last month when I went to to Detroit to see Aretha. The Queen of Soul was beyond delighted. She personally approved Jennifer Hudson, who is slated to play Aretha in a biopic for Sony/Tri-Star, as one of the lead performers.

Aretha herself had hoped to be in the audience if not actually perform. If she can’t get there, the show will be live-cast to her in Detroit via any number of methods.

A fantasy line up: A real show covering her all hits would fill up three hours easily. You can imagine Stevie Wonder singing the hit he wrote for her, “Until You Come Back to Me.” Paul McCartney originally wrote “Let it Be” for Aretha. Franklin’s Grammy winning cover hit of “Bridge Over Troubled Water” has been described by Paul Simon has his favorite version. Aretha also had a hit with Dionne Warwick’s “I Say a Little Prayer.” She also scored with Elton John’s “Border Song.” Aretha won a Grammy covering Sam & Dave’s “Hold On I’m Coming,” which Sam Moore could perform. Ditto on “Don’t Play That Song for Me.”

And then, of course, think of all the other hits– from “Respect,” “Chain of Fools,” “Think,” Carole King’s “Natural Woman,” and the two monster  hits Aretha wrote for herself– “Daydreamin” and “Rock Steady.”

Here’s something you may not know: before Nile Rodgers offered “Upside Down” to Diana Ross, he tried to persuade Aretha to sing it. She just wasn’t feeling it, though. A couple of years ago, I got them on the phone together and they reminisced about it. “I still don’t think it was for me,” Aretha said to me later. “Diana was the right one!”