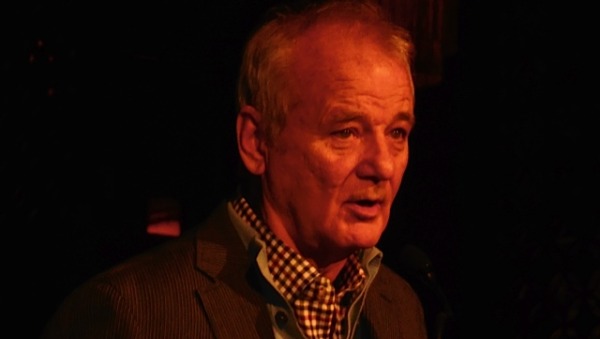 Bill Murray picked the wrong photographer to have a fight with on Martha’s Vineyard.

Peter Simon, 71, is the famous lenser who’s also the brother of singer Carly Simon. They grew up on the Vineyard and are kind of considered island royalty.

Peter tells me he was sent to a restaurant called Lola’s in the town of Oak Bluffs to take pictures “sort of like Bill Cunningham. You’re just taking pictures of interesting people.” Peter started shooting a couple sitting at a table, not recognizing– or caring– about the man who was with them. The couple acknowledged Simon was shooting them.

Murray evidently thought Simon– who again, is 71, slight, and as says “fragile”– was a paparazzi. “He came up and shoved me,” Simon told me. Simon –who’d gone to stand in an alley and check his pictures– said to him, “Do you know I am?” Murray replied, “No. Do you know who I am?” When Simon said he didn’t, Murray said, “Well, you should.” Then Murray doused with him and his camera with a glass of water.

“It was humiliating,” Simon told me. “I’m like the peace and love person.” He said he has no pictures of Murray from the brouhaha because he wasn’t shooting him in the first place.

Simon’s just released a new book of photos called “Martha’s Vineyard: To Everything There is a Season.” It’s full of beautiful landscapes and sunsets. There are some celebrities included but, as he says, “they were all arranged, I’m not a paparazzi.”

As for Murray, Simon says: “I don’t want a fight or anything.” Nevertheless, Murray complained to the restaurant’s owners (who don’t sound too bright to me). They’ve banned Simon for a year. “They knew what I was doing there, but they sided with Murray because he’s a celebrity.”

Simon, by the way, isn’t exactly gaga around celebs. He grew up in a household filled with them. His father, Richard Simon, founded Simon & Schuster and used to host parties with the likes of Bennett Cerf and Oscar Hammerstein. And then, of course, there’s sister Carly, whom she’s photographed for years. Murray, I think, owes him an apology.