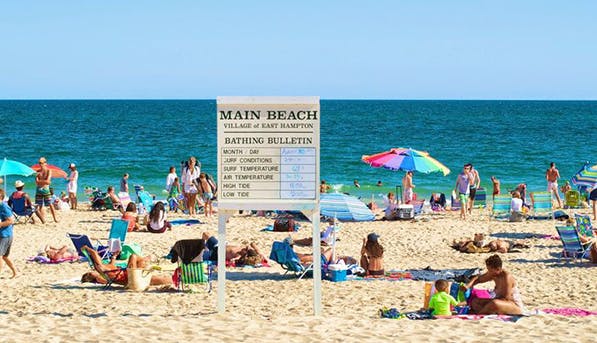 All summer the Hamptons have been rocking with party after party. The premiere party thrower is Larry Scott of Lawrence Scott Events. He put together Hamptons Magazine’s 40th anniversary at the original Parrish Art Museum in Southampton. It was like a throwback to a great 90s event, with tons of local celebrities like Rosanna Scotto of Channel 5 and Chris Wragge of Channel 2, and the great Jane Hanson shimmying their asses off. The food was plentiful and so were the wildly dressed servers Scott employed.

The other great event was Dancers for Good’s gala at Guild Hall, which honored both Chita Rivera and Bebe Neuwirth. They brought in about 10 major dance companies from Martha Graham to Paul Taylor, each of which staged a fully produced number. I’ve never been a dance fan, but now I’m interested.

There hasn’t been a minute without a cocktail party in any direction. Longhouse Reserve, one of the great art retreats in the world, staged their annual surreal Zen art auction under the aegis of famed decorator Jack Lenor Larsen. If you’re in East Hampton, see this place. It’s a hidden gem.

This weekend East Hampton Library sponsors Authors Night, which starts with a massive book signing and then fans out into about a dozen private dinners. Guild Hall celebrates its annual gala with an Ellsworth Kelly exhibition and a big tented gala.

And still the summer keeps going, all over the world. This is where I’m told the bold face names have been spotted:

50 Cent partying at AM Southampton to the wee hours.

Charles S. Cohen and Clo Cohen enjoying dinner at Michelangelo’s in Antibes, at the next table were Beyoncé and Jay-Z

Lori Loughlin spotted have dinner at Union Cantina in Southampton, NY with her family