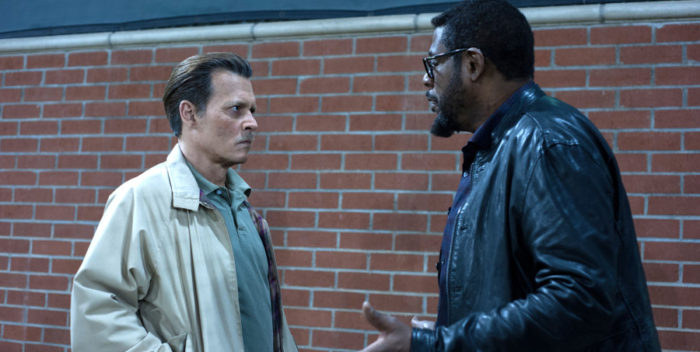 Johnny Depp just got some more bad news. “City of Lies” about the Biggie Smalls murder has been yanked from the schedule by its distributor.

Global Road has suddenly pulled the film, which co-star Forest Whitaker, from its September 7th window. No reason was given.

The film directed by Brad Furman has 20 producer credits. It’s unclear whether the cancellation has anything to with Depp’s problems or something about the film itself.

“City of Lies” is based on a book by Randall Sullivan called “Labyrinth: The True Story of City of Lies, the Murders of Tupac Shakur and Notorious B.I.G. and the Implication of the Los Angeles Police Department.”

Depp and Whitaker play detectives who investigated the murders of Christopher “Biggie” Wallace and Tupac Skakur.

Depp needs a good movie right. His career is a mess other than “Pirates of the Caribbean” movies. He hasn’t had a non-Pirate hit in years. His resume is littered with utter flops. To offset the problem, he’s taken a role in the sequel to “Fantastic Beasts” coming this fall. But it’s not the lead, or the second role.

“City of Lies” is either so bad that it can’t be released, or there’s suddenly some legal problem. Stay tuned…