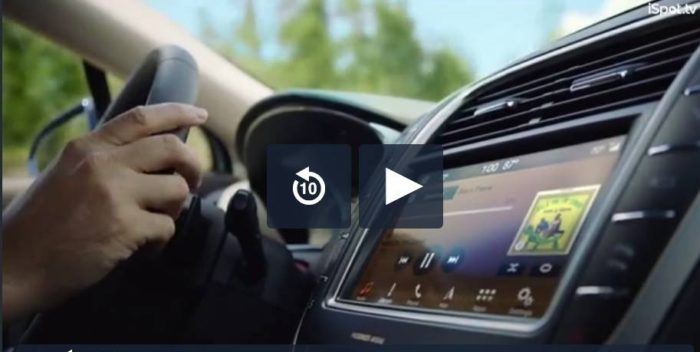 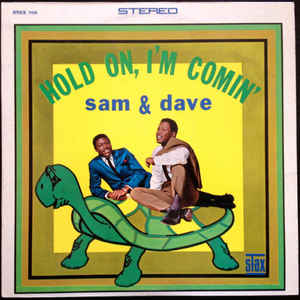 Is it the summer of 1967? Or 2018? The hottest car commercial of the summer– the one you actually like hearing over and over– comes from the mind of Gabe McDonough. He’s the L.A. based creative exec at MAS (Music and Strategy) company in Los Angeles who got a great idea for a Lincoln SUV ad.

“They had the man and the woman driving toward each other,” he told me. “They already had the girl’s song– “Havana.” But they needed something from the guy’s side.”

Luckily, McDonough is a huge fan of classic soul, particularly Memphis’s Stax Records. Only one song popped into his head– R&B greats Sam and Dave singing “Hold On I’m Coming.” The opening horns written by Isaac Hayes are a signal that crosses generations, and Sam Moore’s voice is like a laser beam the way it cuts through everything around it.

McDonough told me: “I’m just glad the universe was open to us doing it.” McDonough creates a cute little 30 second rom com that should sell SUVs like crazy.

(A nice touch– eagle eyed viewers will notice that on the dashboard of the male driver listening to Sam & Dave there’s a picture of the original “Hold On I’m Coming” album cover.)

What McDonough didn’t know was that the universe was pushing him to do it. Back in the mid 60s, Moore– on tour with partner Dave Prater– was in Detroit when the Lincoln Continental Mark 3 first rolled out of the factory. Moore’s pal, James Brown drummer Clayton Fillyau, had a friend over there. Sam got one of the first Mark 3’s on opening day. It was ruby red, he remembers. “And someone stole it not too long after that.”

The commercial has been such a hit that “Havana” has been driven back into the iTunes top 20. And “Hold On I’m Coming” is heard constantly on oldies stations and on Sirius XM’s Soul Town 49. Requests are coming in now for a full length mashup. Did they make one? “I’m sure someone did,” says McDonough.