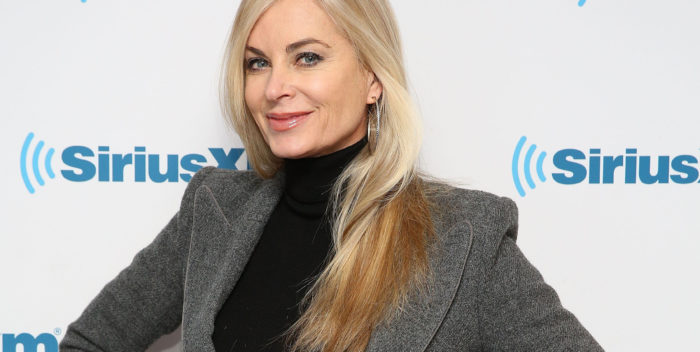 Fans of CBS’s “The Young and the Restless” know that long time star Eileen Davidson is leaving the show. She won an Emmy for Best Actress this spring, asked for a raise, was denied, and took her exit. She started on the show in 1982 as Ashley Abbott.

But did Davidson lose two jobs when that happened? Both “Y&R” and “Days of our Lives” (on NBC) are produced by Sony Pictures Television. For many years, Davidson has also had a running role on “Days” as the evil Kristen DiMera. No one else has ever played Kristen, another role for which Davidson once won an Emmy.

But now sources tell me that just as “Days” was writing Kristen back into their story, the producers were told they could not use Davidson. It’s not clear if she knows what happened. But the role of Kristen was recast with a different actress three days before Davidson announced she was leaving “YR.”

Talk about having your eggs in one basket– the Sony basket. It does seem from what I’m told that Davidson — as we might say in baseball– was picked off between second and third.

What a disaster. I told you a few weeks ago that “YR” had not given raises to actors in years. That scenario is what caused actress Mishael Morgan to leave after five years. All four remaining soaps claim to have no money for anything. Some of the sets on “Days of our Lives” are 40 plus years old. But these companies are making a fortune in advertising. The idea that Sony TV can’t give raises is absurd.

Who knows what happens next? Davidson is hugely popular. Sony is making a big mistake– if they care. Davidson can always go back to “The Real Housewives of Beverly Hills,” where’s she also made a name for herself. But it does seem like Sony shut her down from two roles at once.