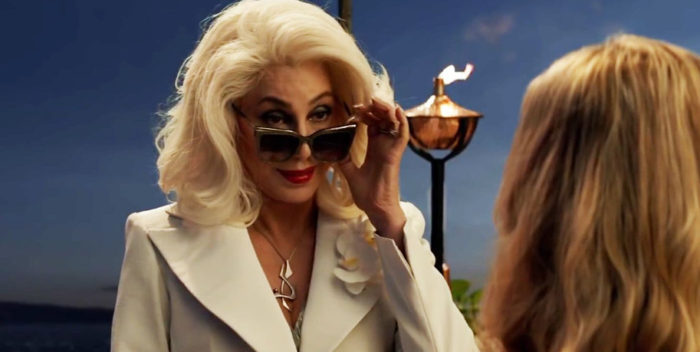 I swear, back in 1974 when “Waterloo” was on the radio, we thought it was just silliness. Now 45 years later, ABBA remains everywhere.

“Mamma Mia: Here We Go Again,” is set to beat “Equalizer 2” at the box office this weekend. Last night in previews, the ABBA sequel beat the Denzel Washington sequel by $300,000 and made $1.4 million.

Meantime, ABBA has three CD’s in the iTunes top 10– the soundtracks to both movies, plus their ABBA old greatest hits. Really? Who doesn’t have this music by now?

And then there seems to be a chance Cher will release an ABBA covers album if the movie is really a big hit. She’s alluded to it in interviews. I think they’re waiting to see if there’s a demand. Cher appears at the end of the sequel and sings “Fernando.” A whole album? Well, that would be weird.