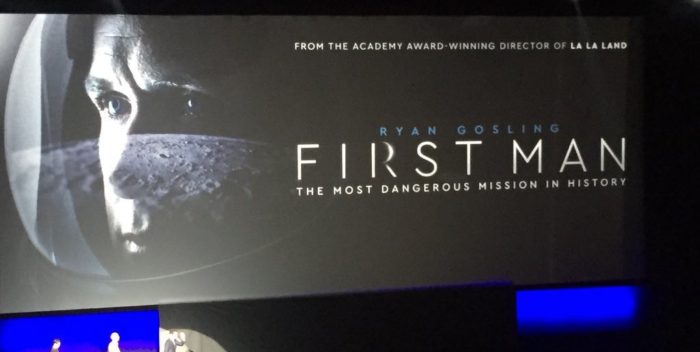 The Venice Film Festival has chosen Damien Chazelle’s “First Man” as its opener. The film reunites Chazelle with Ryan Gosling as astronaut Neil Armstrong, the first man who walked on the moon.

“First Man” comes from Dreamworks/Universal and right now, without anyone seeing anything but a trailer, this film is the number 1 choice for Best Picture 2019. It follows in the footsteps of “Apollo 13,” another Best Picture. Plus Chazelle and Gosling were screwed over on “La La Land.”

Venice begins on August 29th, just as Telluride is starting, and a week before the Toronto Film Festival. We still have no news on those festivals, but the New York Film Festival has chosen “Roma,” a Spanish languae film by the great Alfonso Cuaron as its centerpiece film in October.

More announcements are coming, and fast. Can you believe we’re going to play this game one more time? Oh, yes, soup to nuts, and I mean nuts, here we go !