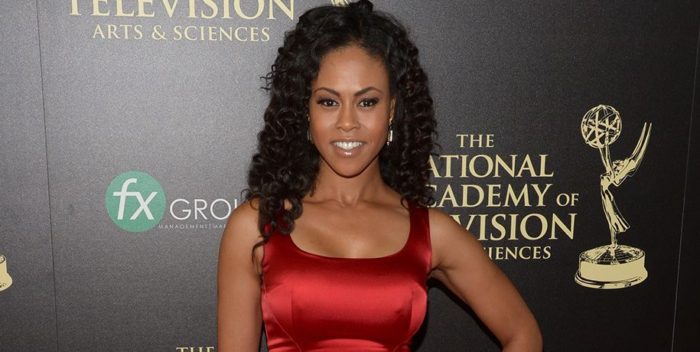 Good and big news for Canadian TV viewers, maybe US as well: Vinessa Antoine is leaving “General Hospital” to star in a CBC series called “Diggstown.” Antoine was a massive find for “General Hospital”– smart, sexy, charismatic, and a really fine actress. She’s been on the show for 4 years but incredibly underused for the last two.

Interestingly, showrunner Floyd Kane told the Toronto Star in June that he was looking for the next Kerry Washington. His character, Marcie Diggs, will be the first ever black woman to lead a Canadian TV series. This is HUGE for Antoine, who should only have upward career trajectory for a long time to come.

Kane said: “I think it will push boundaries. Whatever preconceived notions some people may have about Blackness or Black women, and what that means to be a character on TV, we mean to challenge that.”

Antoine says on Twitter:  “There are so many people that God put into place who are directly and indirectly responsible for my time at GeneralHospital You know who you are. I thank you. I came into this world as an artist. My job is to create and inspire. I hope that I did that a little in playing JordanAshford. I believe that I have taken her as far as I can. To clarify, as negotiations for Diggstown were underway, although I am open to stay and play in Port Charles, I was told by my reps that GeneralHospital felt that my character would be off the canvas for too long for me to continue playing her. With that, we decided to mutually part ways. It’s time to make room for more women of color in prominent roles on television. I’m grateful to assist in that by starting this new chapter in my journey. I hope you’ll all come along. I feel blessed. Be well. xo”

Coincidentally, another very hot Black leading lady, Mishael Morgan, has just left “The Young and the Restless” after not getting a raise in five years. Who knows? She may have gone for the “Diggstown” role, too. I hope she does not succeed Antoine at “GH,” which could happen. Morgan deserves her own series, too, or something comparable. The soaps are being killed off by the networks. All their actors should aim high at this point. Next to exit “GH” should be Billy Miller, who looks like he’s been taken hostage.