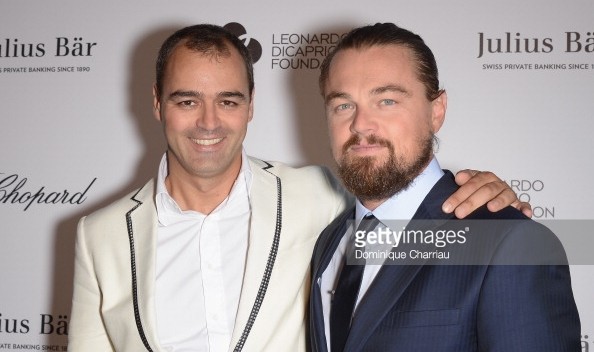 amFAR is really having problems.

On Wednesday night they threw a party at the Peninsula Hotel in Paris to celebrate the fashion shows. A lot of models and people you’ve never heard of showed up. The biggest celebrity was Petra Nemcova. Pretty much everyone else was a Who’s That?

Just like in May, after the Cannes gala, amFAR issued no information about how much money was made. We’ve been waiting since May 17th to hear what the annual Cannes blow out reaped financially for the AIDS organization. But president Kevin Frost, now known as Kevin Robert Frost, has never reported it. Frost makes around $550,000 a year. He’s too busy to give numbers anymore.

Meanwhile, amFAR is still paying Milutin “Gatsby” to be their special fundraiser and celebrity wrangler. Gatsby– that’s not his name– used to be thick as thieves with Leonardo DiCaprio and was also his mysterious foundation’s “global fundraising chairman.” His name been removed from the foundation’s website, however, and “Gatsby” is gone.