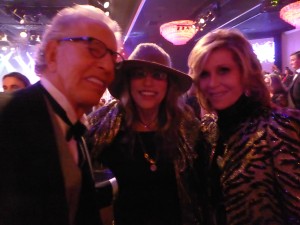 Can you believe Carly Simon still isn’t in the Rock and Roll Hall of Fame? Just for “You’re So Vain” she deserves it.

Anyway: a big Happy Birthday to Carly who turns 73 today. You wouldn’t know it from her Instagram. She looks great and very zen of course on Martha’s Vineyard. Can we entice her into New York for a show anytime soon? (Maybe when a recent rumored broken hip heals. Get well soon!)

Carly has an Oscar, she loads of gold records, other awards too many to count! She has a catalog of hits to die for. Plus, she’s a mom, a grandmother (!), she’s an activist who’s always on right side of cutting edge causes.

Her distinctively melodic, throaty voice gave top 40 a whole new sexiness when she first the airwaves in 1971 with “That’s The Way I’ve Always Heard it Should Be.” “You’re So Vain” gets all the attention– for its mystery subject and its incredible catchiness, production. But there are later Carly songs I hear in my head all the time, from “Let the River Run” to “Better Not Tell Her.” She also made two of greatest “cover songs” albums of all time with “Torch” and “Moonlight Serenade.” Plus let’s not forget one of the top 3 James Bond songs of all time– “Nobody Does it Better.”

Nobody does do it better. Happy Birthday, Carly!

PS I took that photo at Clive Davis’s pre Grammy dinner around 4 years ago. That’s Carly with her long time friend and producer Richard Perry, and Jane Fonda.