We know the Trump sons and their wives are no rocket scientists. But Vanessa Trump, who’s getting a divorce from Donald Trump Jr., takes the cake. This morning, while the world is horrified by conditions of immigrant children in cages and camps in the United States, Vanessa posted photos of her kids before they go off to summer camp. Presumably, their camp doesn’t put them in cages, or on floor mats made of Reynolds Wrap in 100 degree heat. Tone deaf?

She’s doubling down on Fox News’s Laura Ingraham’s assertion that detention camps are like “Summer camps.” 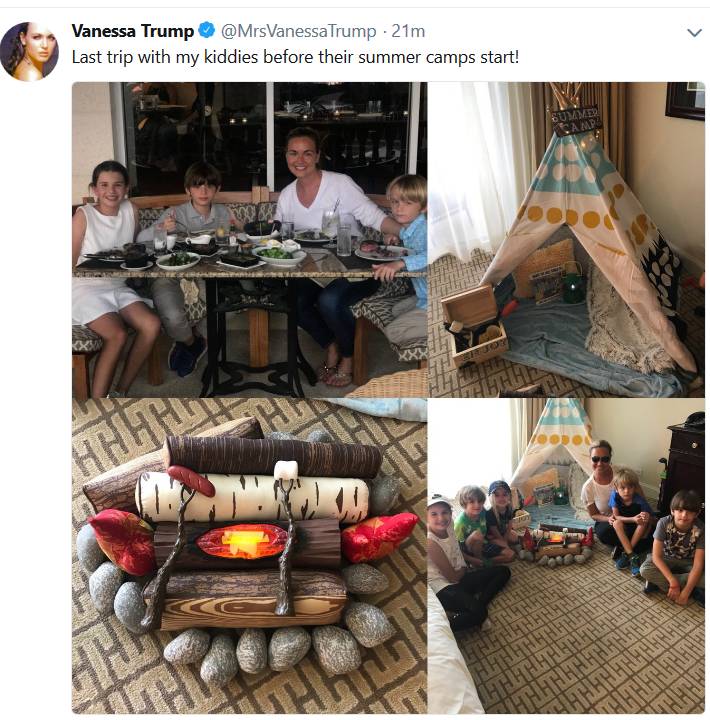 Meanwhile, Eric and Lara Trump have used a baby to re-enact a scene from The Godfather on Twitter. The expression on the baby’s face says it all. He knows what they mean when they say “We’ll take you for a ride.” 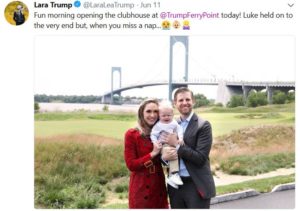 Earlier, Lara Trump posted this picture too. They may have airbrushed out the sign the baby was holding, which looks it might have read: Help! Don’t let them lock me up! 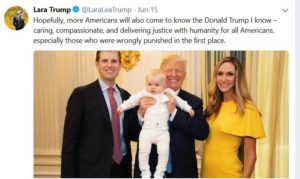