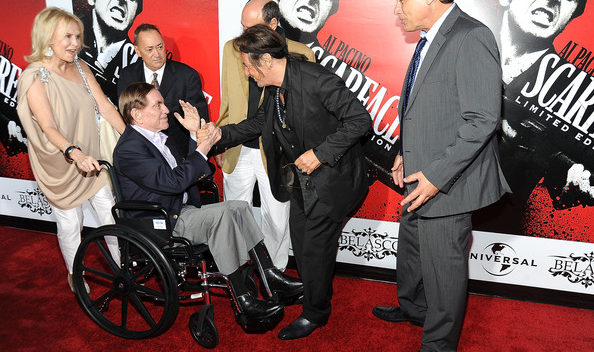 Marty Bregman was a regular at Elaine’s, an old friend of ours, a legend in movie producing. He was also one of the good guys, beloved by all — not just his family but also by actors like Al Pacino, whose movies he produced– Sidney Lumet’s “Serpico” and “Dog Day Afternoon,” and Brian DePalma’s “Scarface” among them.

Marty passed away Saturday evening at age 92. Condolences to his loving wife Cornelia and his whole family.

If you’re starting to get a theme here, Marty Bregman made classic New York movies with the most talented directors and actors. He kept most of the great New York acting community working through the 70s, 80s, and 90s.

He was also a beloved member of the regulars who came to Elaine’s from the beginning to the end. Even as his health declined in the 2000s, I admired Marty for his personal tenacity and perseverance. He was always looking forward, planning new projects. And Pacino was his loyal friend and surrogate son.

RIP Marty. You will be much missed.